Proposed co-working & creative learning space in the heart of Glasgow

The Lion Chambers is a Category A designated building in the heart of Glasgow City Centre in Scotland. The project aims to conserve the seven storeys reinforced concrete building and the late Georgian stone building situated next door to the Lion Chambers. In addition, a new use as a creative co-working and learning space is proposed. This mixed-use proposal includes a refurbished restaurant area and bar, roof top tearooms and a garden terrace, including a crèche for busy entrepreneurs.

The Lion Chambers was only the second building constructed in Glasgow in the innovative ferro-concrete system. It was built between the years 1904 to 1907. The client, William George Black, was a solicitor and art aficionado, commissioned architects Salmon and Gillespie to develop and design an office for lawyers with art studios on the top floor and a shop on the ground floor.

A French engineer with the name François Hennebique received his first patent in 1892 for his innovative concrete construction system. He was also a businessman and introduced the system to the UK. The British-based representative of François Hennebique was the structural engineer Louis Gustave Mouchel. The construction was a pioneering system with reinforced iron bars with better tensile strength and inherent fireproofing. The method also reduced the overall thickness of the concrete walls compared to traditional solid wall construction, which maximised the area of the interior space. The site had a relatively small footprint of only 33x46 feet. Therefore, the space-saving reinforced concrete structure was ideal. The early modernist wall of glazing on one of the side elevations lets a lot of light into the building. This was an essential key feature of the design.

This design innovation was in the middle of the era of the Glasgow Style where there was an explosion of creative activity in the City. The Glasgow Style was influenced by the Aesthetic and the Arts and Crafts Movements and European Art Nouveau.

The architecture of the building itself was innovative with regards to both its construction and its aesthetics. It celebrates Scottish heritage, with its Scottish baronial turret and the love for the arts with concrete busts of the prominent barristers' Sheriff William Guthrie and Judge Lord Scott Dickson by the sculptor Johan Keller. The building appears to be a cross of the early skyscraper and the traditional Scottish baronial building with elements of modernism principles with the extensive use of large areas of glazing to let light into the building. The Lion Chambers has a high value of significance within the built heritage of Scottish architecture. 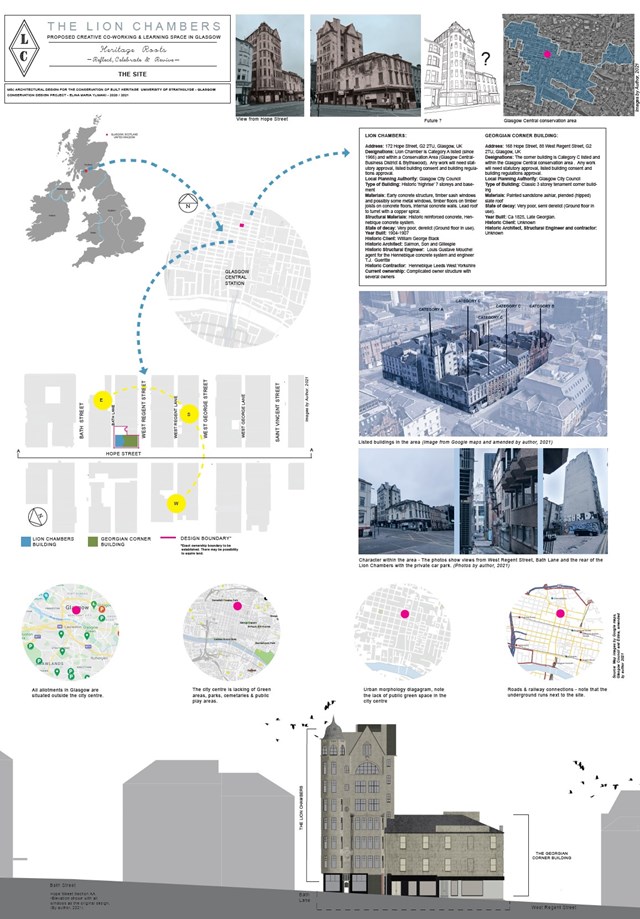 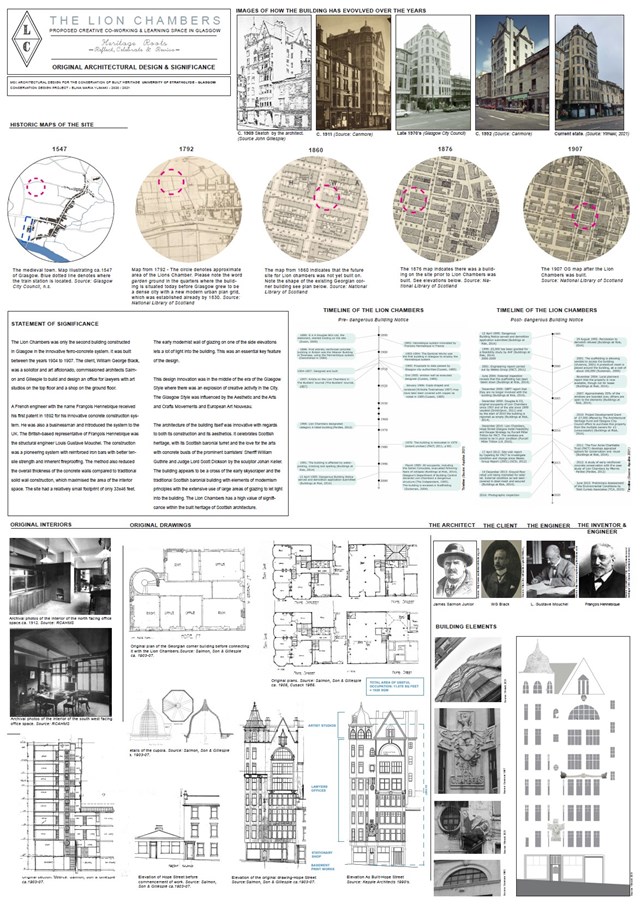 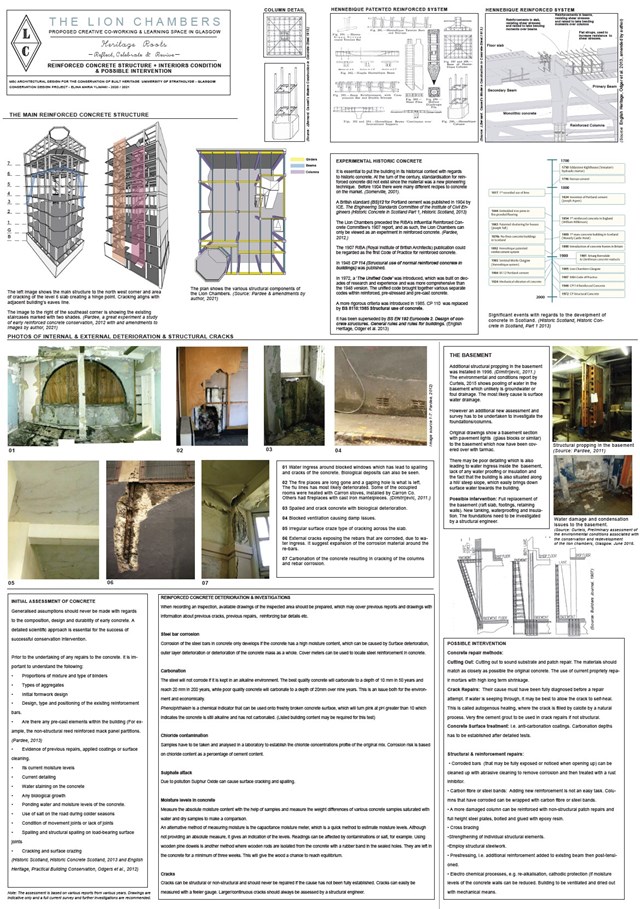 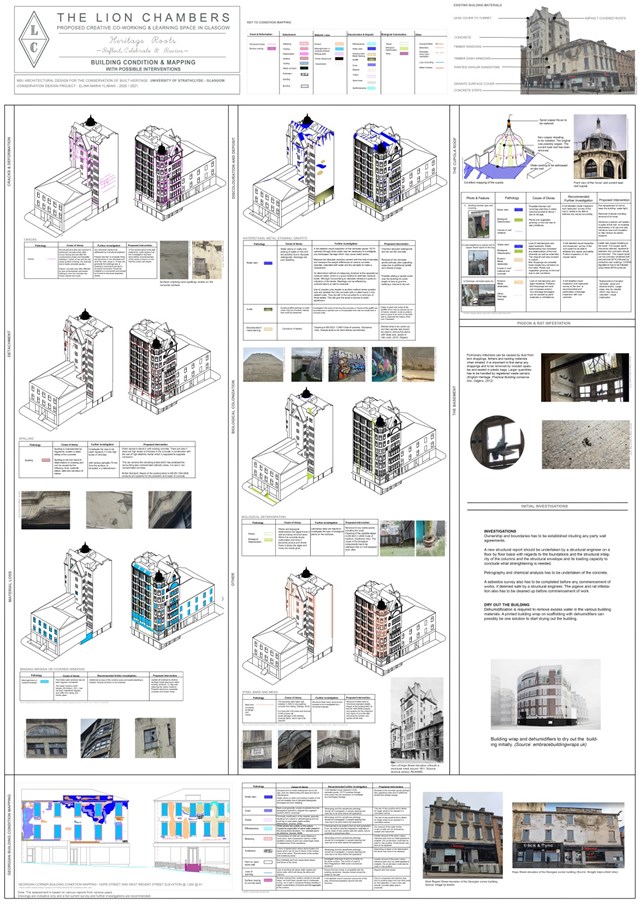 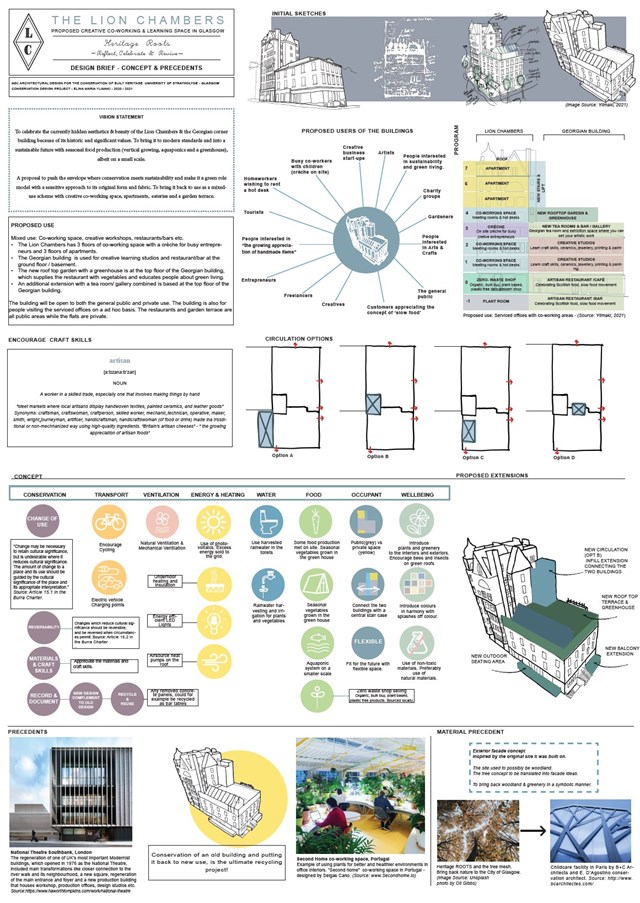 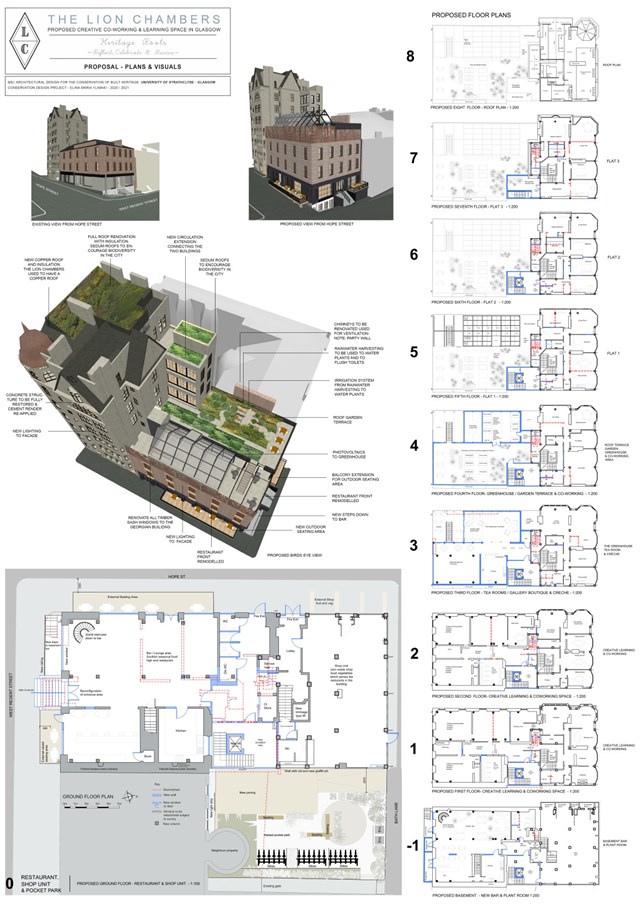 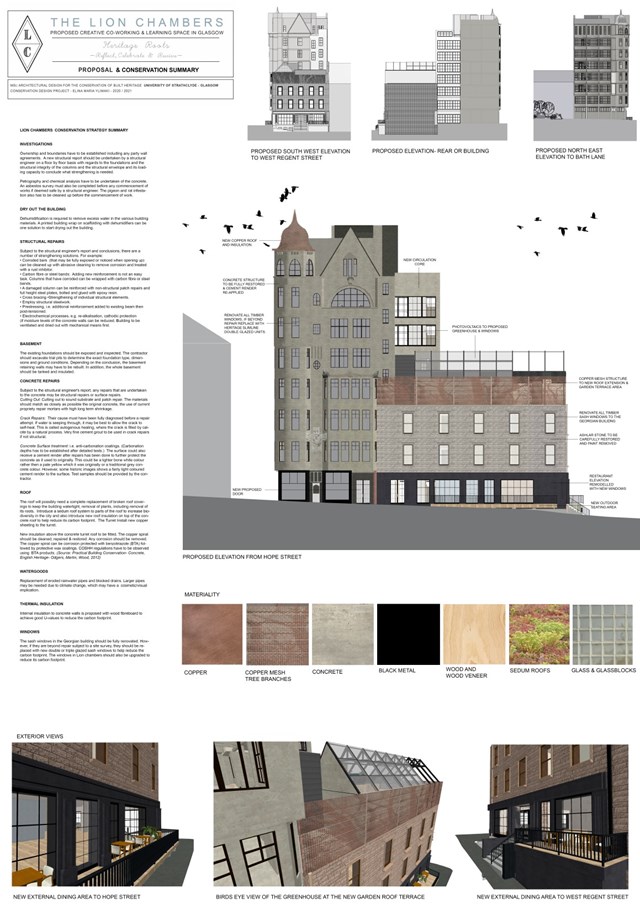 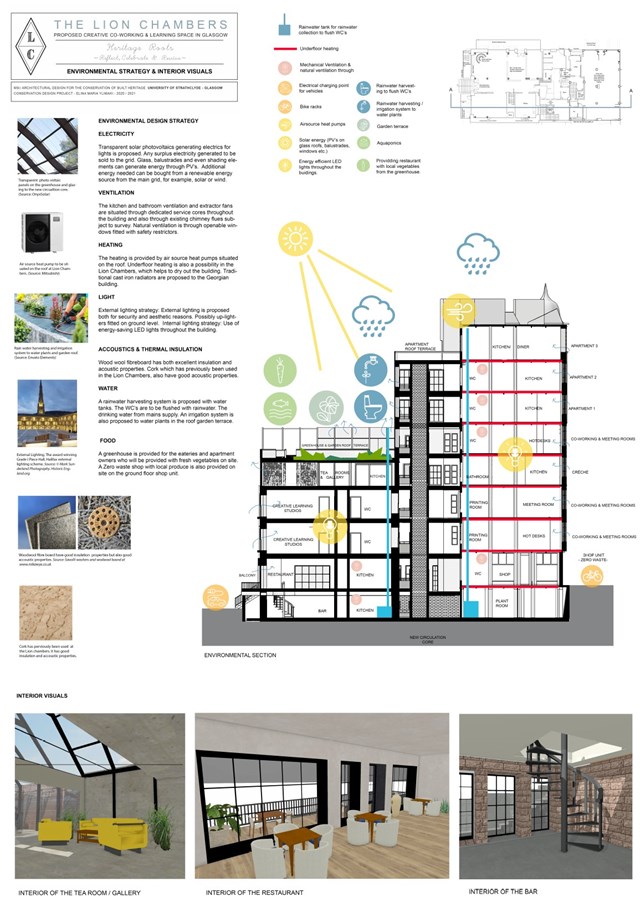