A study of sharing

This is a proposal for a co-housing development which deals with communal spaces on two main levels – on a scale of the block, with a creche, storage, workshops and laundry rooms – and on a more personal scale of the flats, where every two neighboring flats share a common room containing a kitchen, dining area and balconies. This is in order to introduce a much wider range of personal interactions and deeper relationships than traditional co-housing developments.

Another aspect explored by the scheme is the use of custom wooden ‘furniture’ – storage units with built in sliding doors – to divide the space in flats into the more private bedrooms and the more public living spaces. This leaves a transformative work area in between the two, the character of which can be changed according to needs.

The scheme forms part of a wider masterplan for the area, developed according to the ideas of a reformed urban block. Buildings divide the site into large open spaces, semi-public in their character, providing a high degree of privacy despite high density. The green courtyards act effectively as urban parks without disrupting the urban grain of Merchant City. 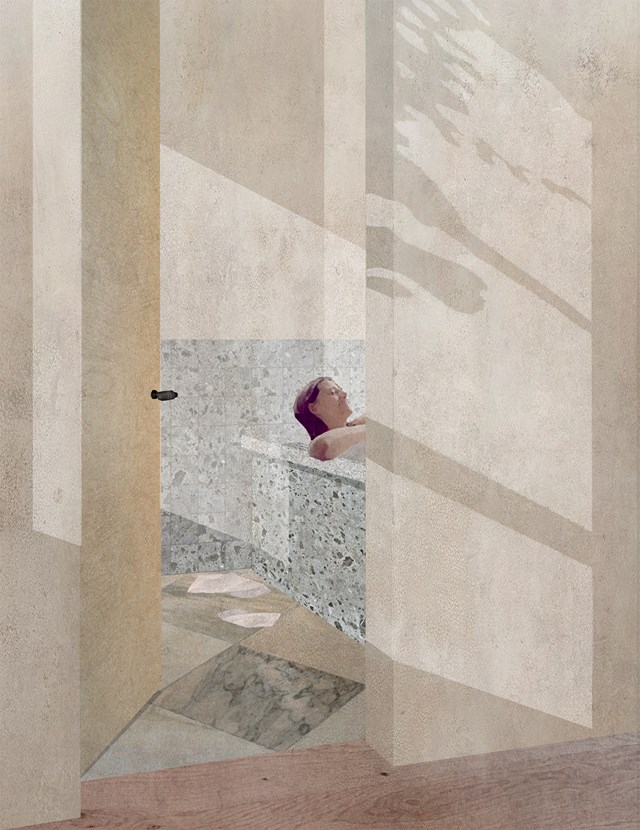 The Bathroom as a space for both Body and Mind

The Bathroom as a space for both Body and Mind 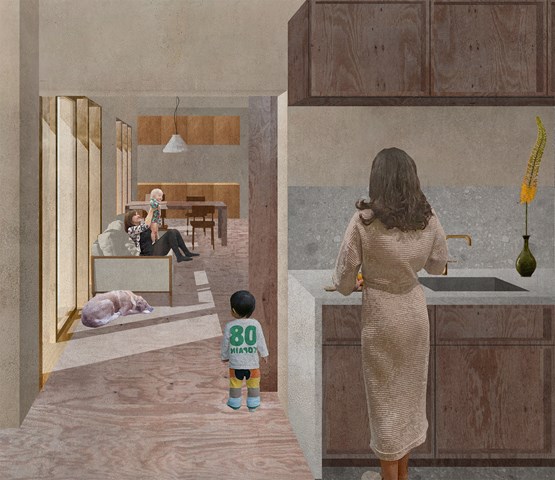 Thresholds between shared and private spaces

Thresholds between shared and private spaces 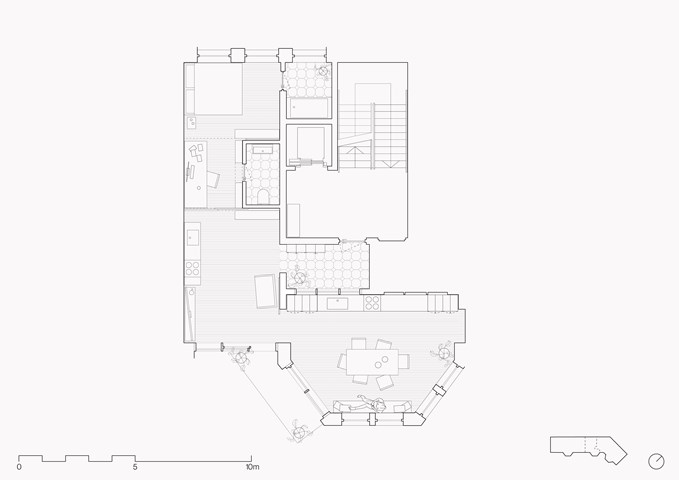 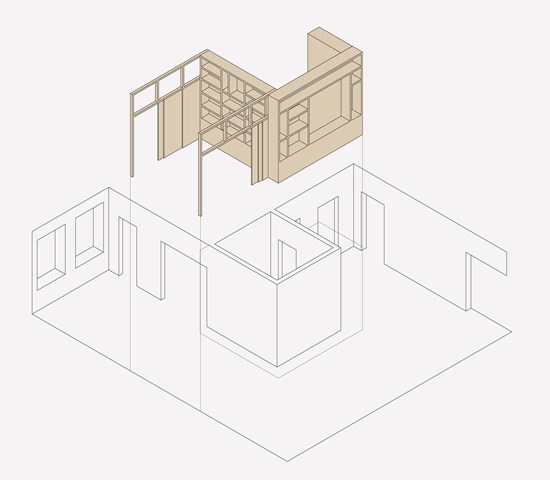 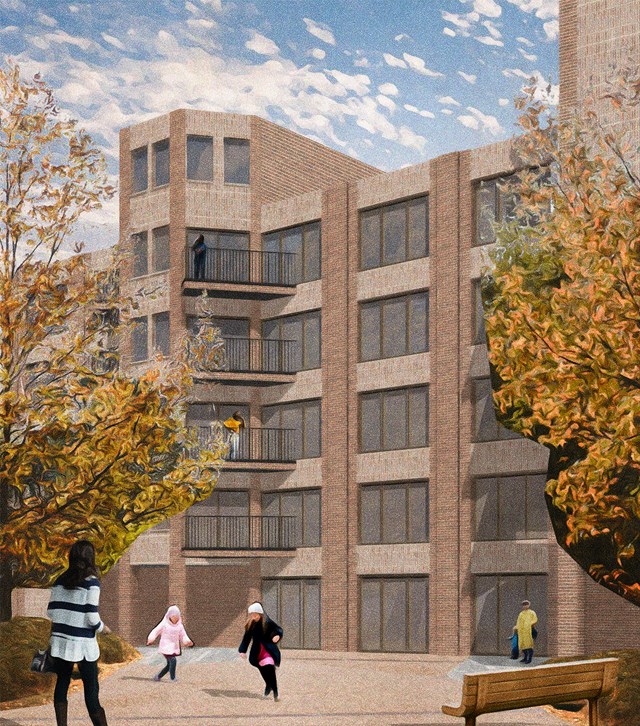 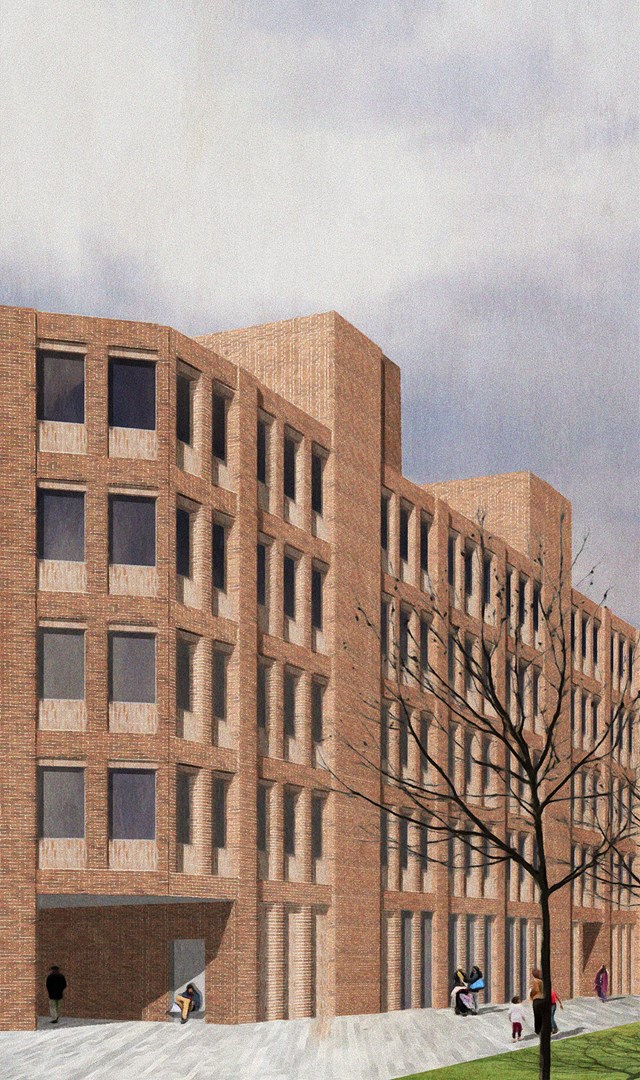 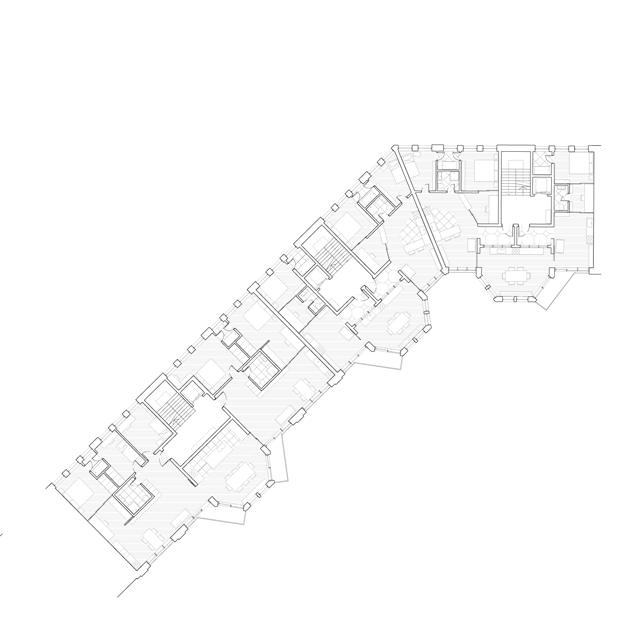 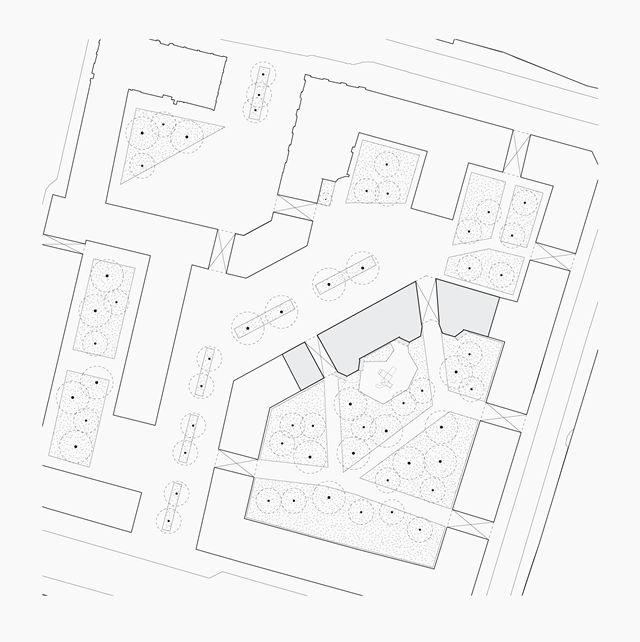 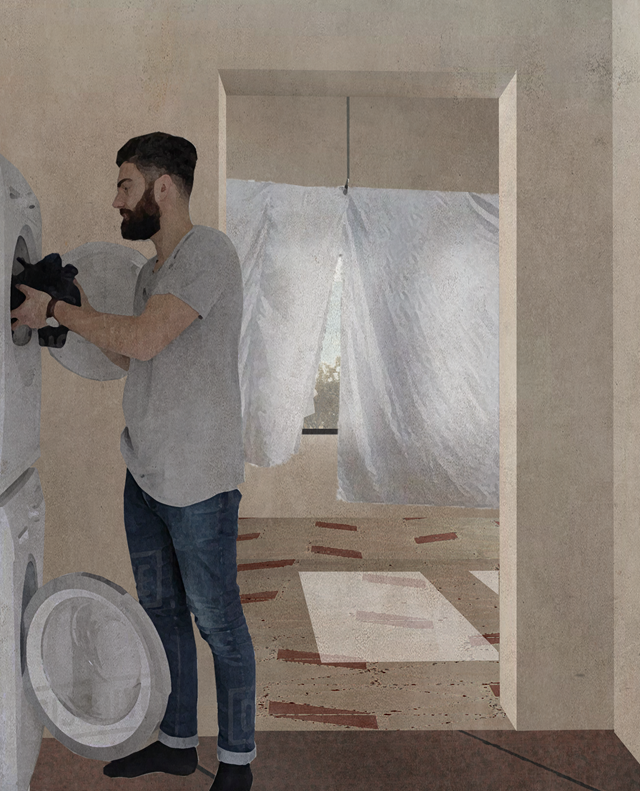