Housing for the Homeless: Benedict's Place

“As its form blurs, architecture will exist where, like a cloud, the boundary between inside and outside grows ambiguous.” - Sou Fujimoto

Tasked with designing in and more importantly for the city, the proposal, Benedict's place, is focused on tackling the growing homeless population of Glasgow.

Through analysing the minimal homeless facilities scattered throughout the city, I identified an opportunity to create a centralised hub for homeless support within the city, setting the example for future schemes to be implemented into a broader context.

The proposal sits on the Northeast corner of the Greater Candleriggs Redevelopment. Arguably the greenest quarter of the masterplan, Benedict's place is sited at an important junction, connecting Bell, Wilson and Candleriggs street with the area having an energetic cafe scene and vibrant nightlife. The lack of buildings to the immediate south and lower, single storey retail buildings to the west open up the site to long hours of uninterrupted natural sunlight, an important factor that affects the orientation of the design.

To prevent the public spilling out into the residents' private garden it has been raised above the surrounding public realm. This meant that a sheltered walkway could be carved through the building providing a connection between the busy corner on Wilson street and the masterplan beyond. Furthermore, this raised the access to the flats up away from the ground creating a clear separation between the public ground floor and private first floor. The flat units themselves are angled not only to take full advantage of passive solar gain but to rotate the large flat windows away from the surrounding overlooking buildings. A staggering of the form creates a dual aspect within each flat looking down the street in both directions much like that of a traditional tenement bay window.

The rammed earth wall and intensive green roof act as giant thermal stores absorbing heat from the sun and radiating it into the flats and homeless shelter throughout the day and the night. The glazed curtain wall facade prevents heat from escaping whilst the living mesh curtain prevents overheating in summer. This saves the occupants money on heating, subsequently keeping the overall running costs to a minimum. Through the choice of a modular construction method and sustainable materials: Benedict’s place can be dismantled easily with the rammed earth returning to the ground and the CLT being repurposed and recycled. 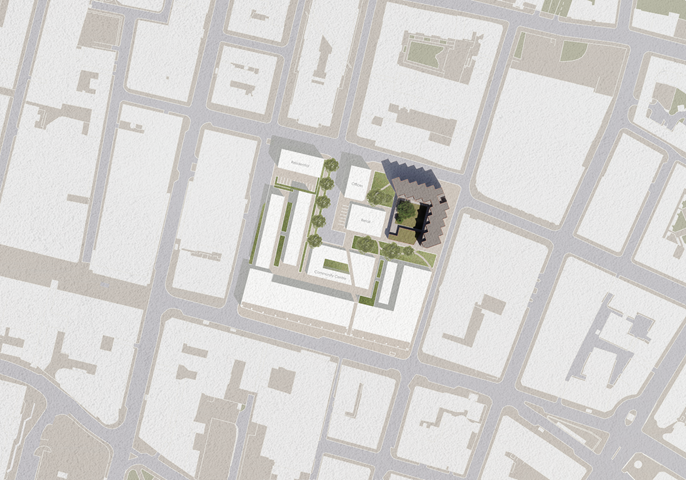 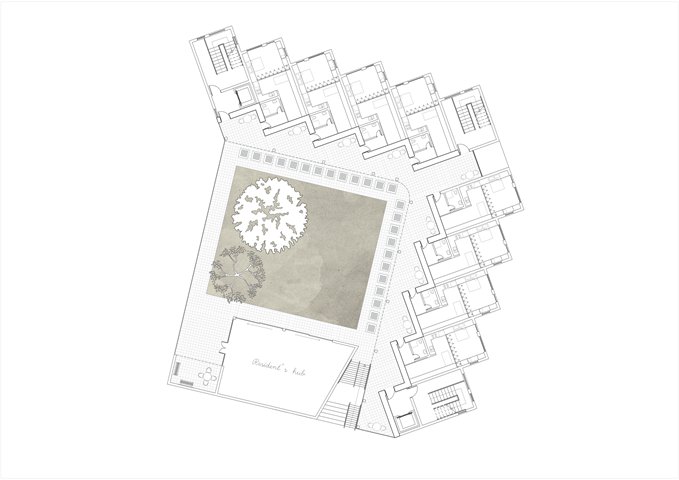 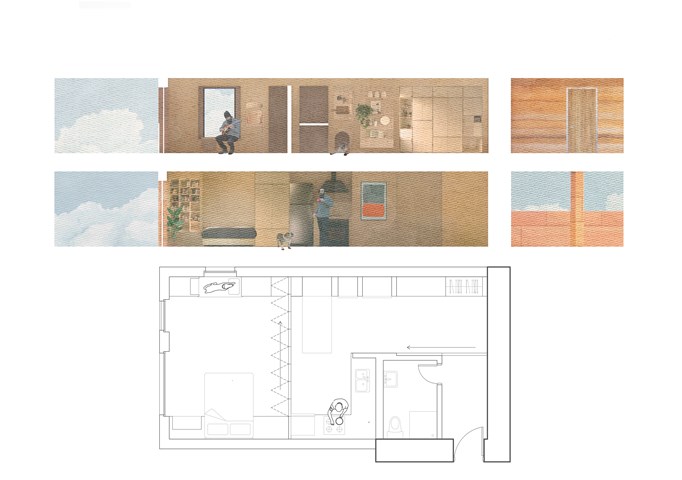 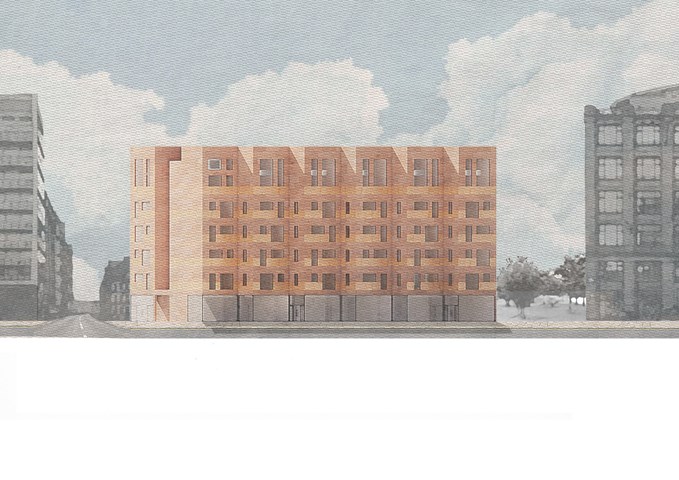 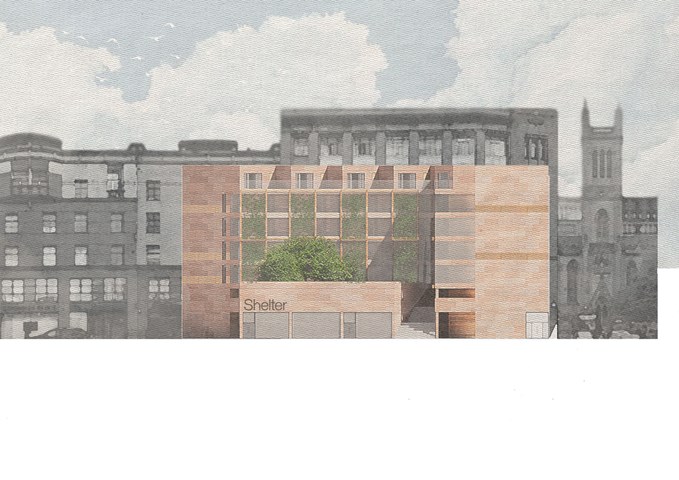 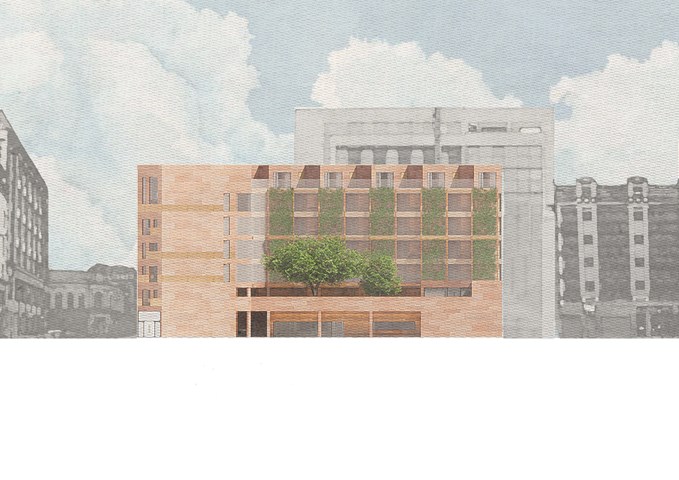 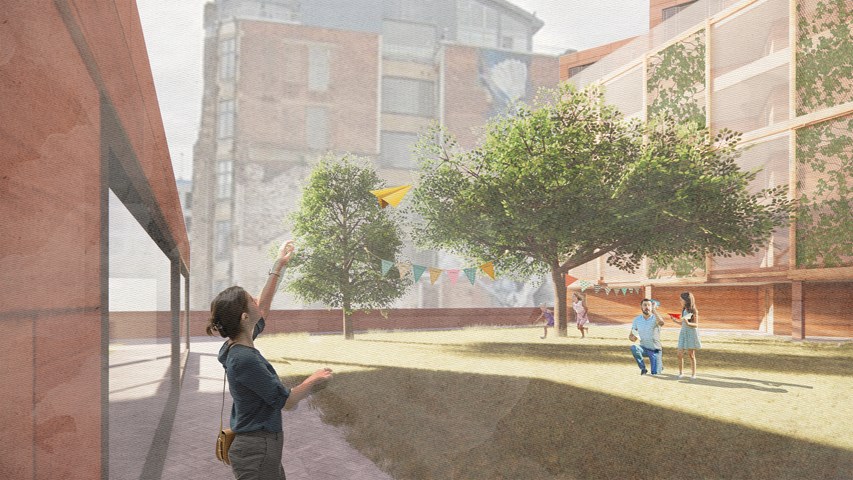 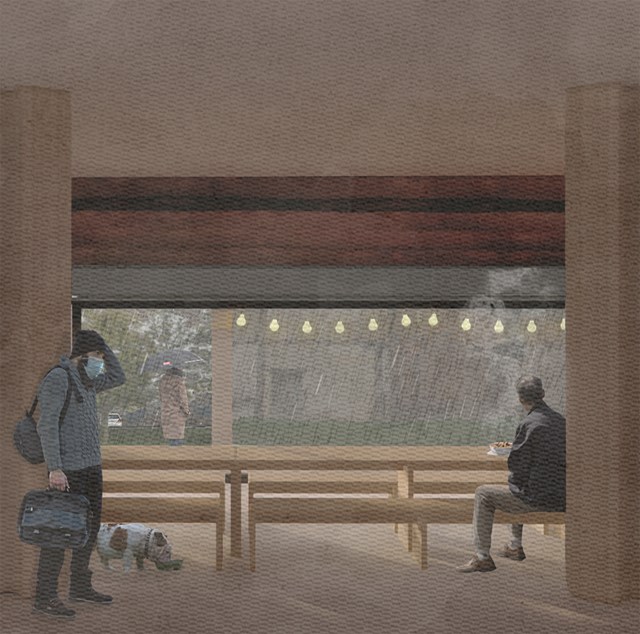 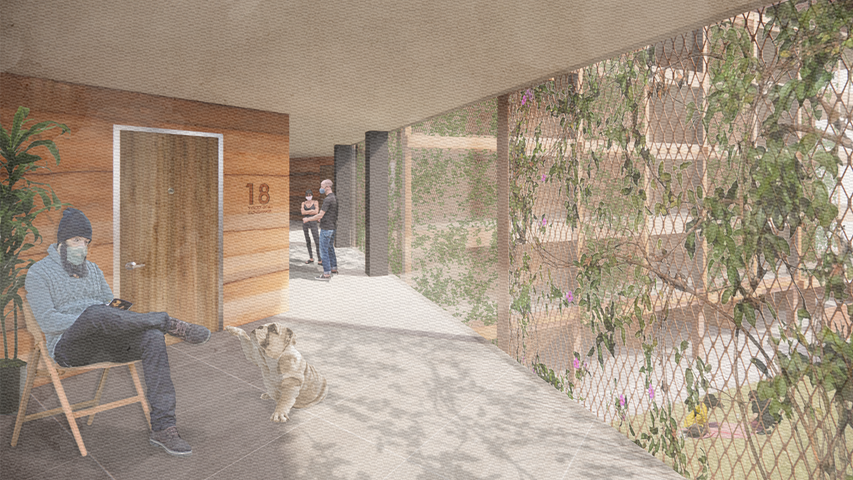 Circulation as an extension of the flat

Circulation as an extension of the flat 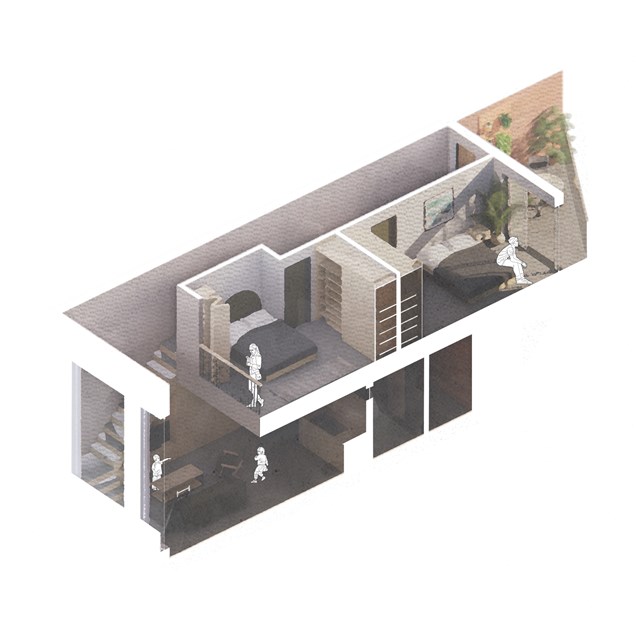 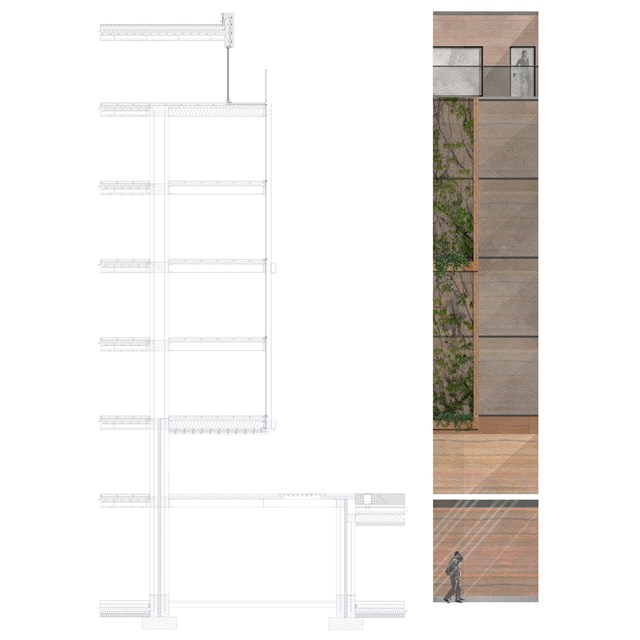 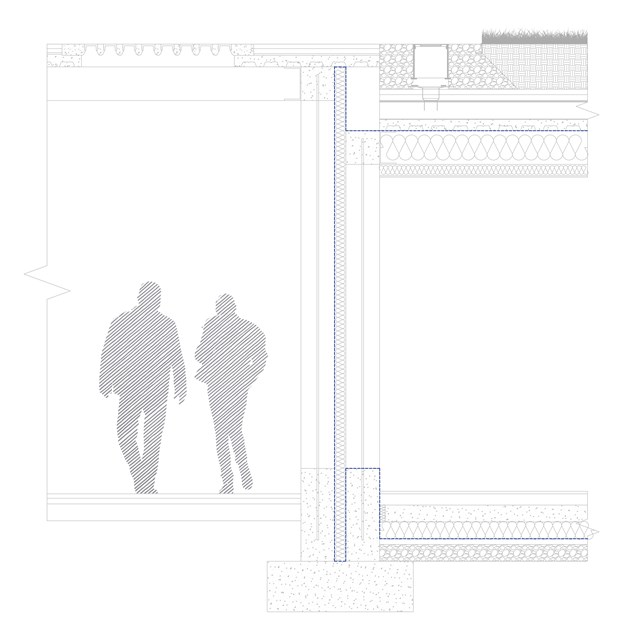