Our journey will now shift from an illustrated narrative to the study of a prominent building typology; the Glasgow Tenement. Tenements, in many ways, have defined the urban fabric of Glasgow both physically and culturally. A building block that although still prevalent today, once dominated the streets, playing a fundamental role in defining how people lived their lives. In less affluent quarters of the city, the tenement was seen as a contributing factor to some of the city’s ills. Substantial demolition of the building stock was implemented in the mid 20th century to make way for drastic plans in the name of modernisation. Despite this evolution of the city, many of Glasgow’s tenements have endured and today still form a rich and varied source of architectural character.

It is the characteristics of this building type that we will seek to explore in further developing our understanding of the city. The focus of this study will be tenements designed and constructed in the 1840s 'Classical' tenements to the 1900's 'Glasgow Style' tenements. These precedents were delivered at the time, as middle to upper-class housing and as such are often referred to as 'mansions up a close'. In considering these examples we will explore them at the street level, the architectural detailing which distils an aesthetic and presents a gateway to one’s home.

A base lecture will outline tenement development in this period with particular emphasis on the social & cultural meanings of architectural design. There will be a focus on architectural elements, their origins and their use in the composition of facade development. The output for submission will be constructing a presentation that explores the character of a specific tenement block and its role in the locale and wider context of the city. Examples by eminent architects have been selected and will be distributed across the class to form group research clusters.

In addition to this study will be a technically astute set of drawings, representative of the Tenement threshold in Elevation, Plan and Section; expressing the detail of construction, craft and perceived civic status of the building. Charles Gourlay's Elementary Building Construction and Drawing for Scottish Students' will assist in this regard. This resource was created almost as a handbook for constructing a tenement, set out on a series of ‘plates’. You will in effect produce your own plate of a specific tenement threshold to accompany your group presentation of the tenement block 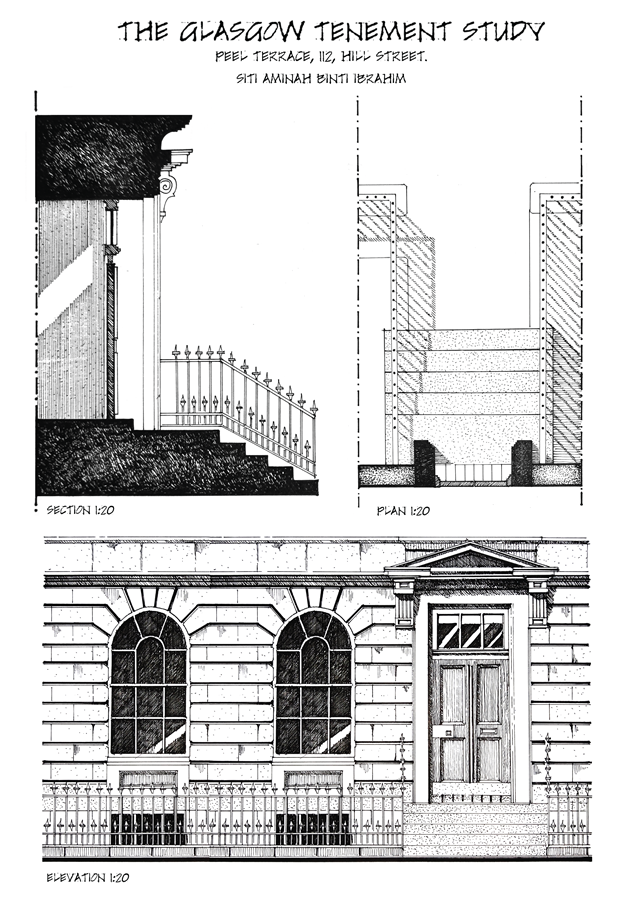 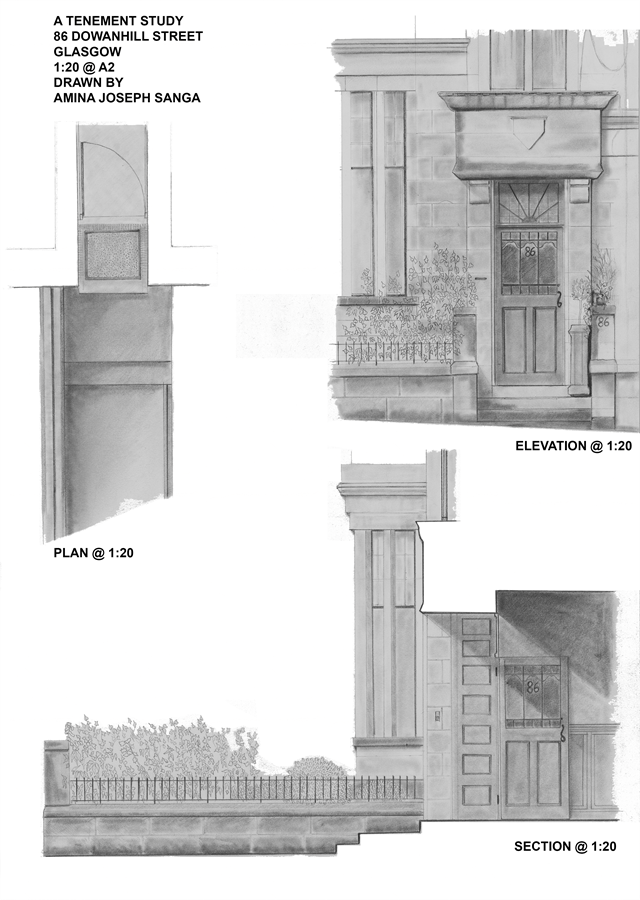 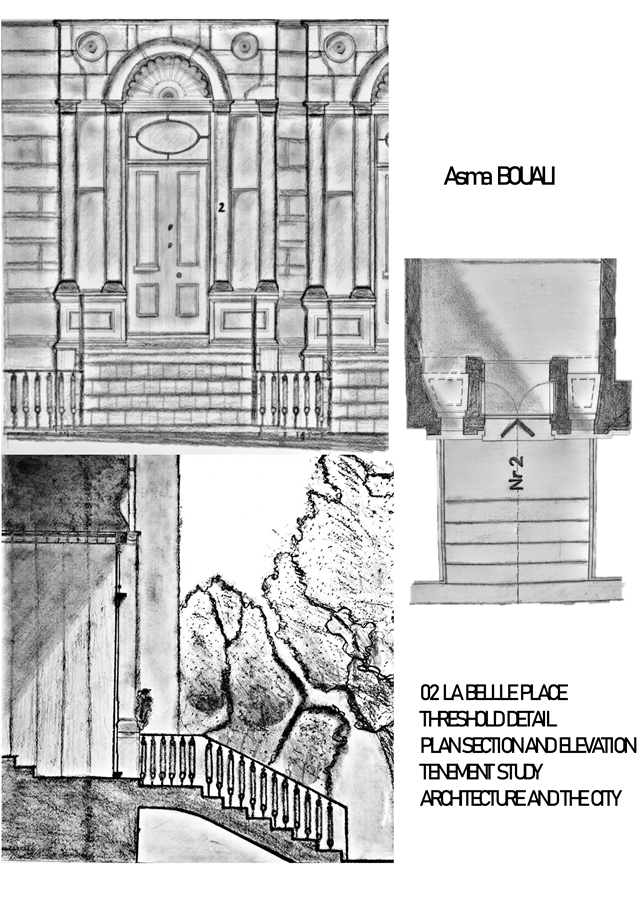 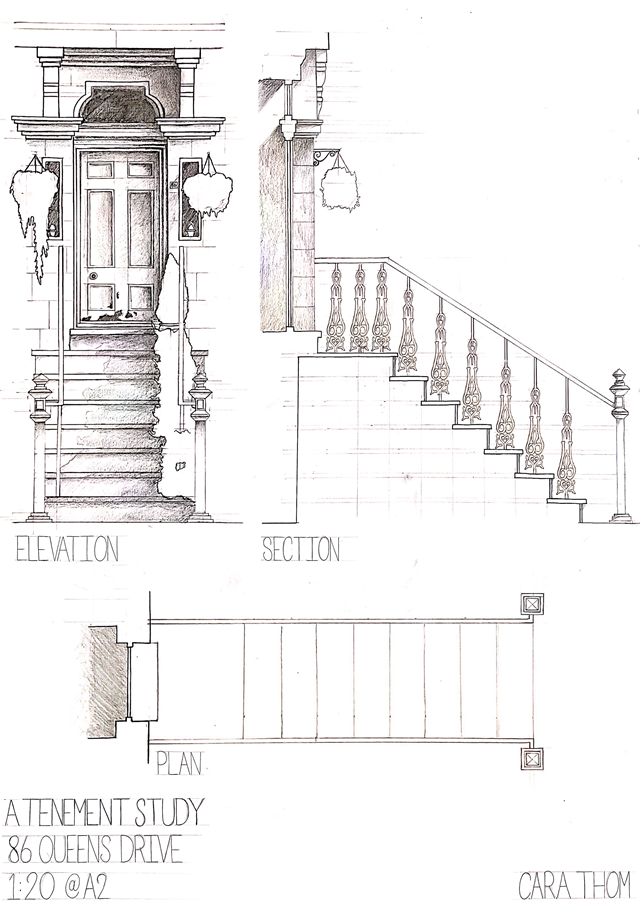 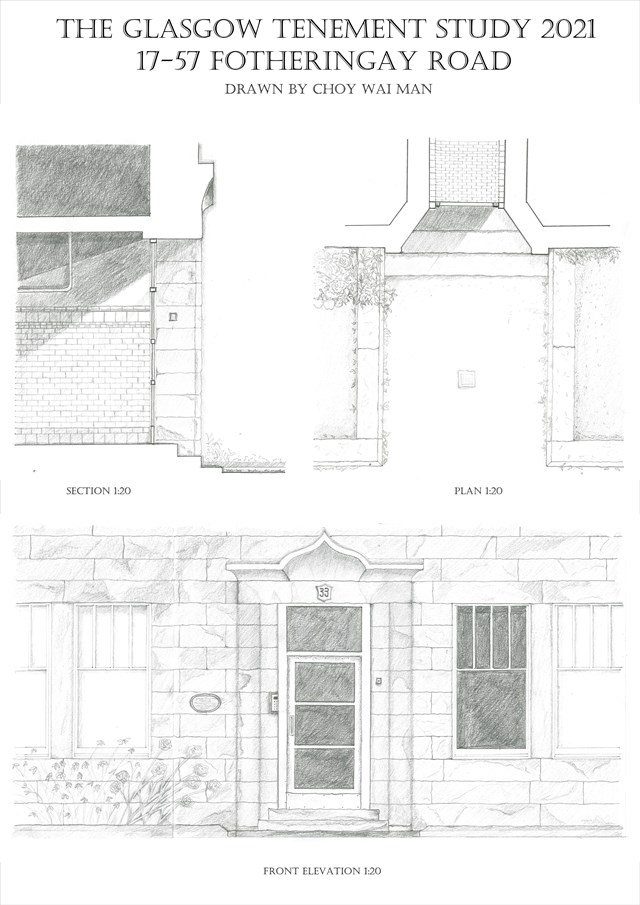 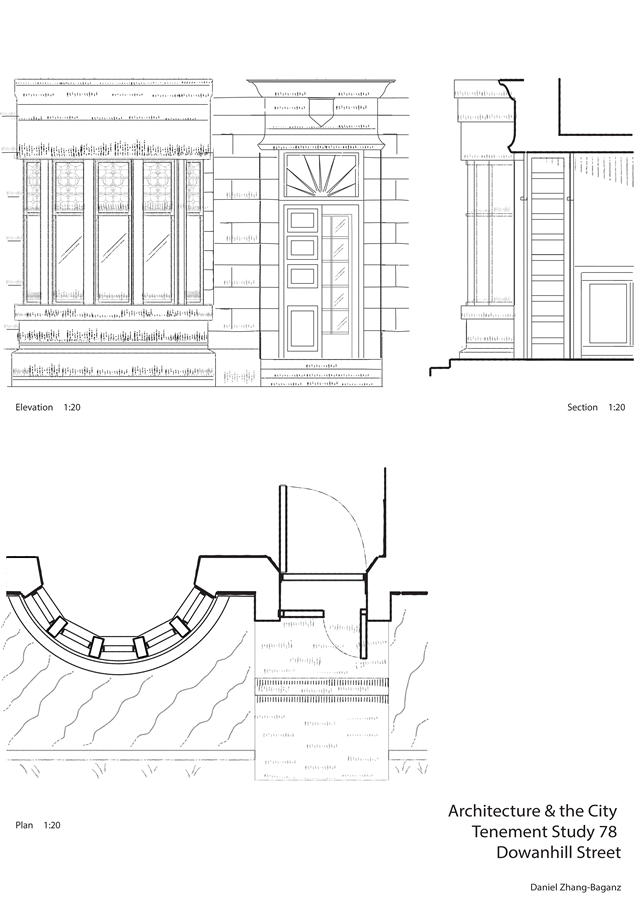 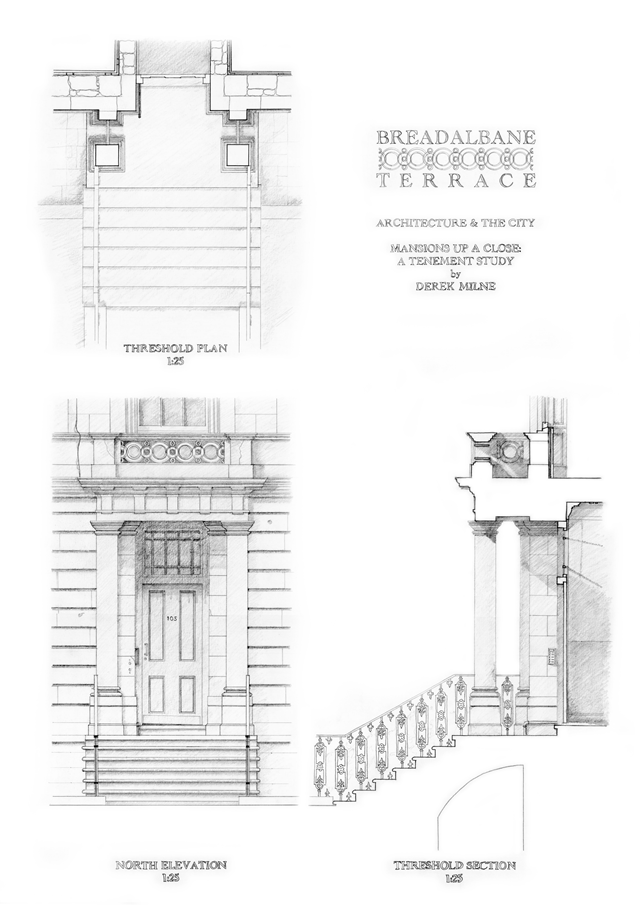 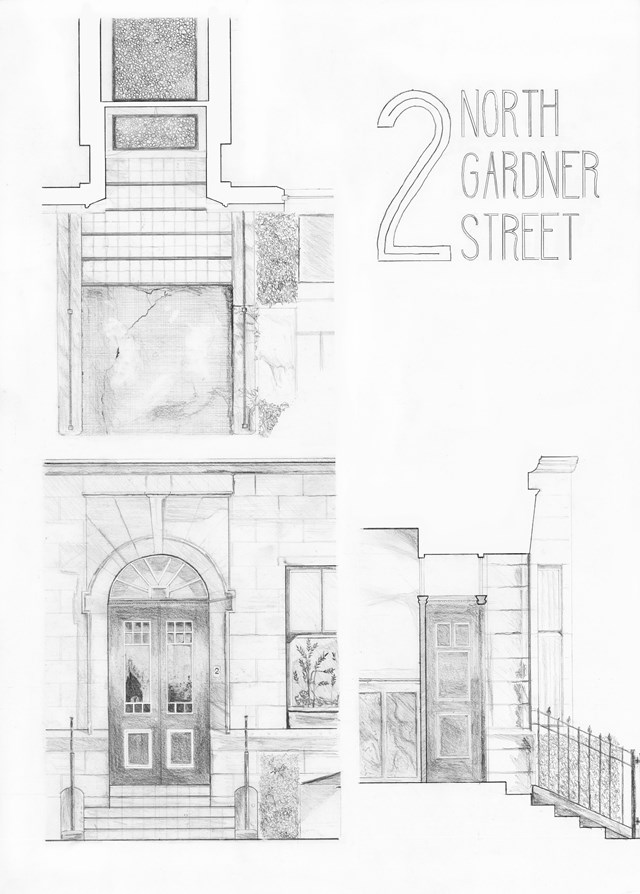 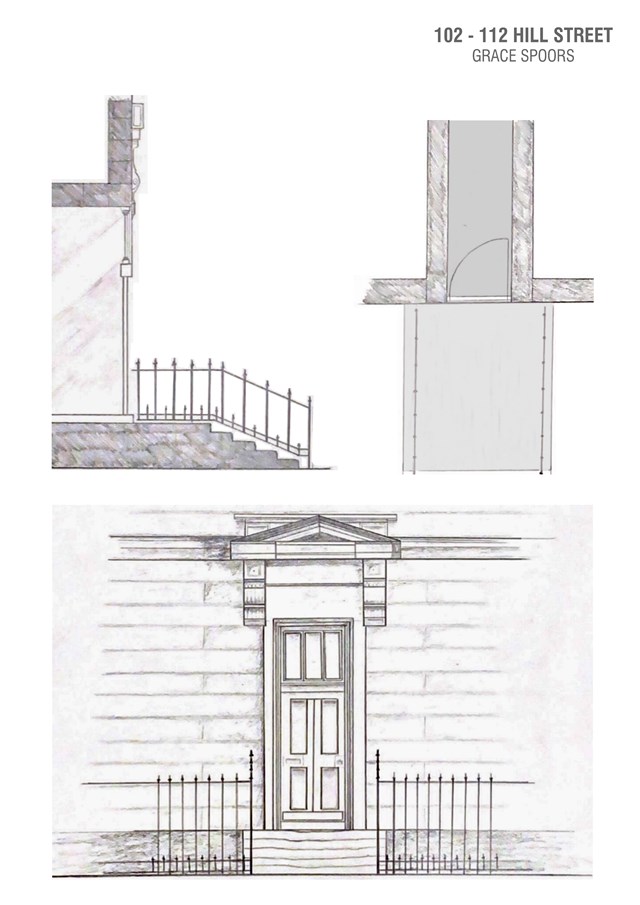 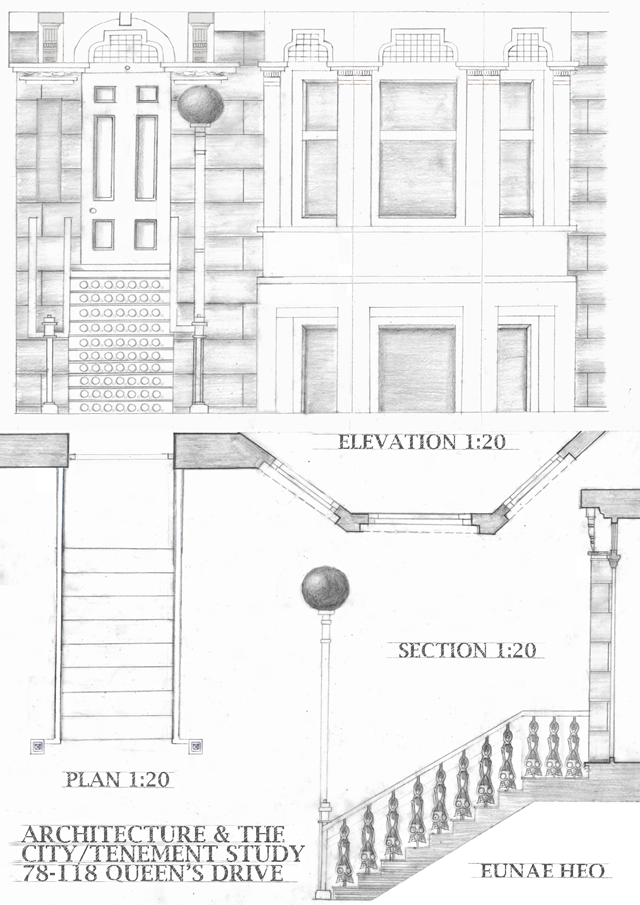 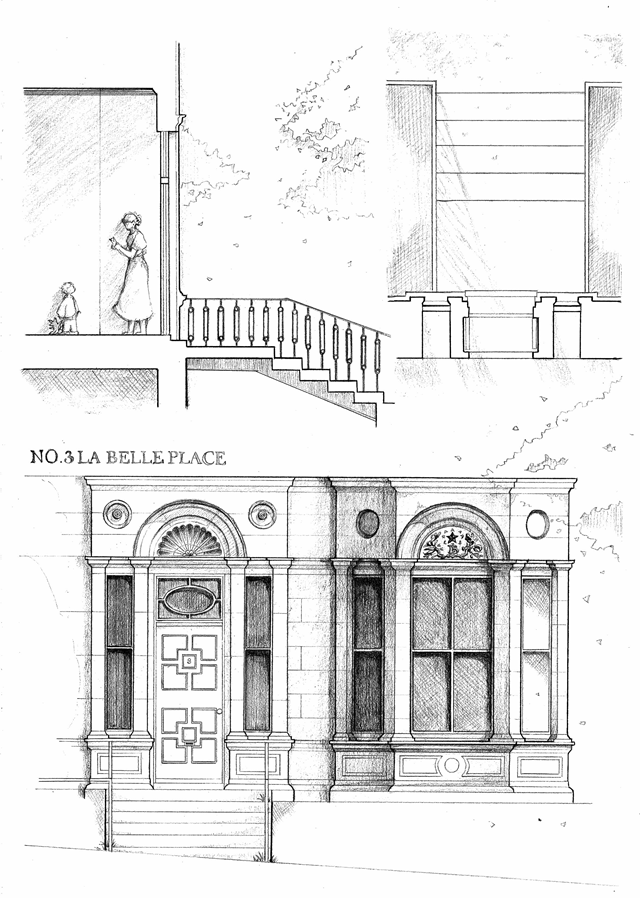 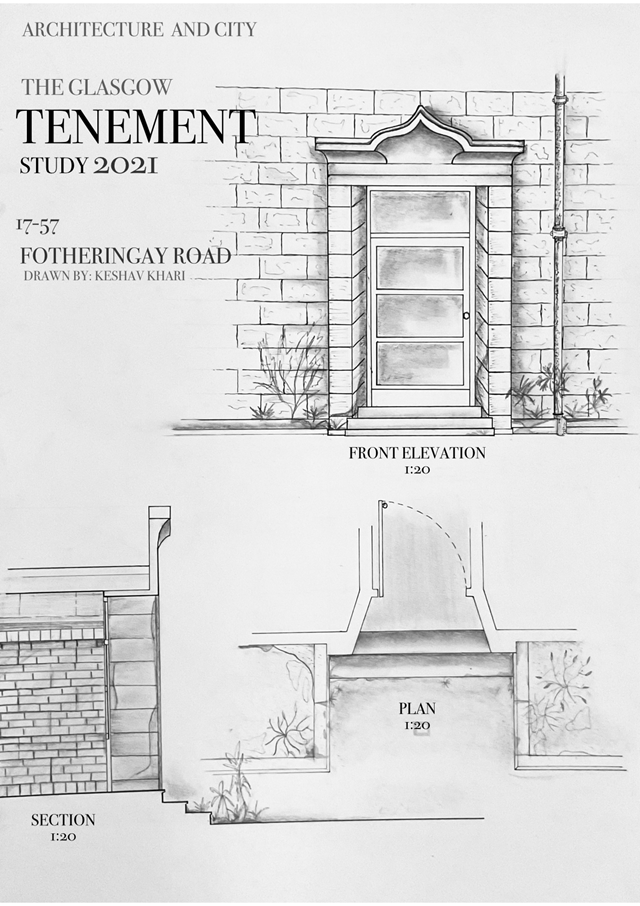 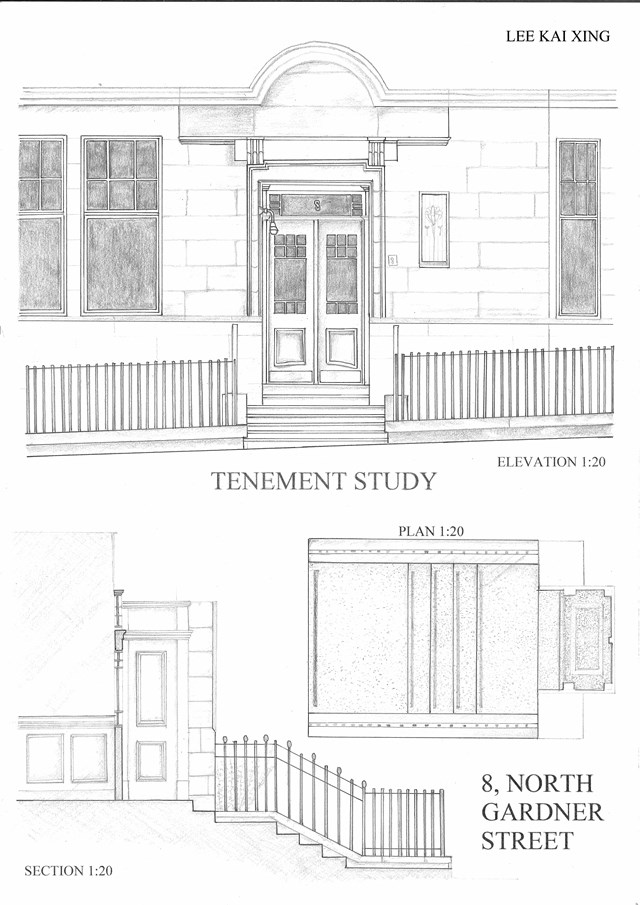 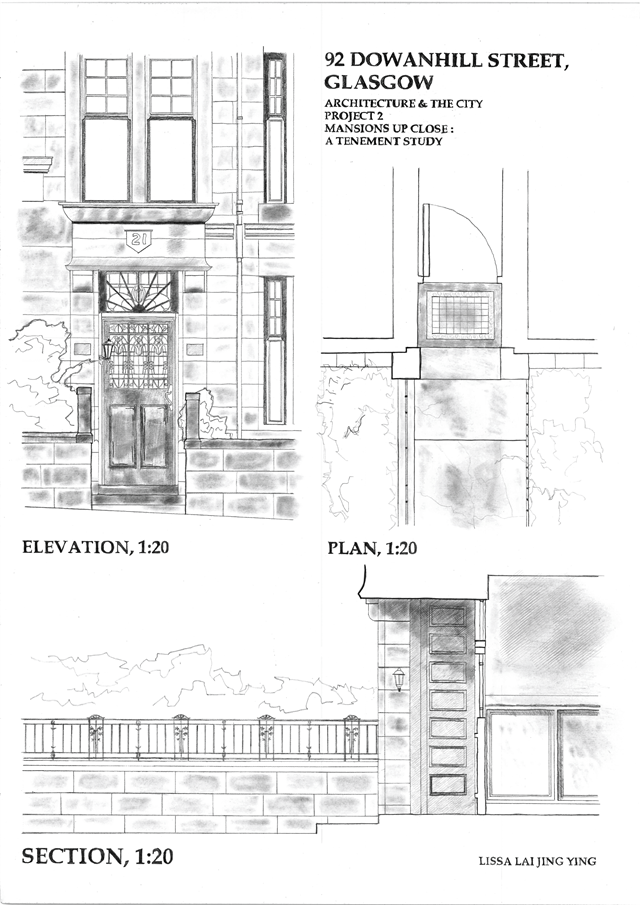 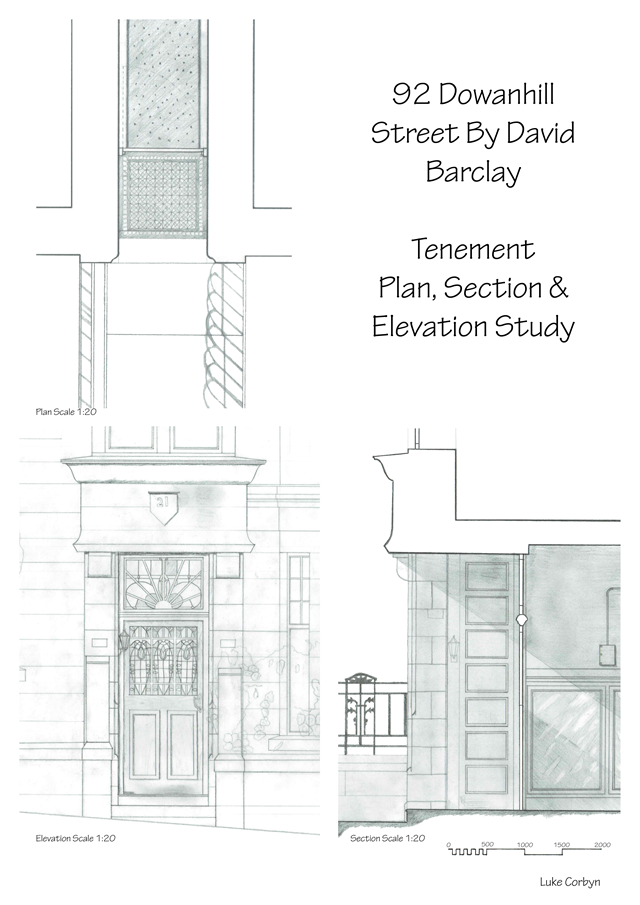 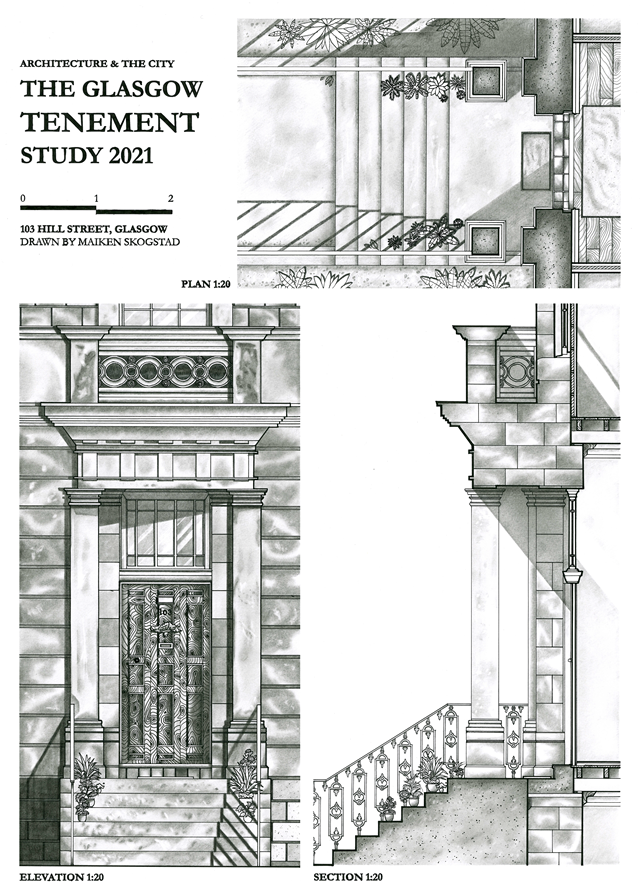 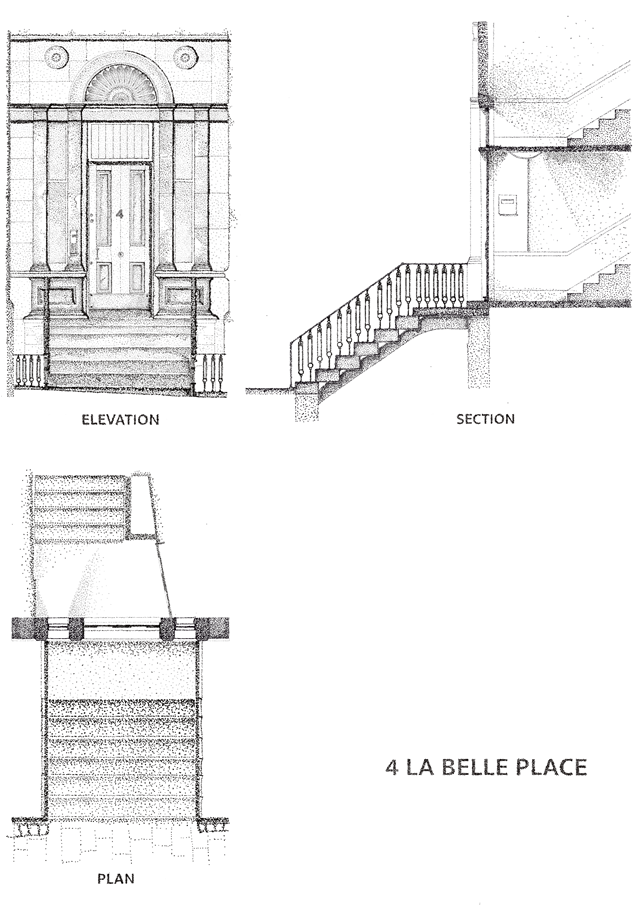 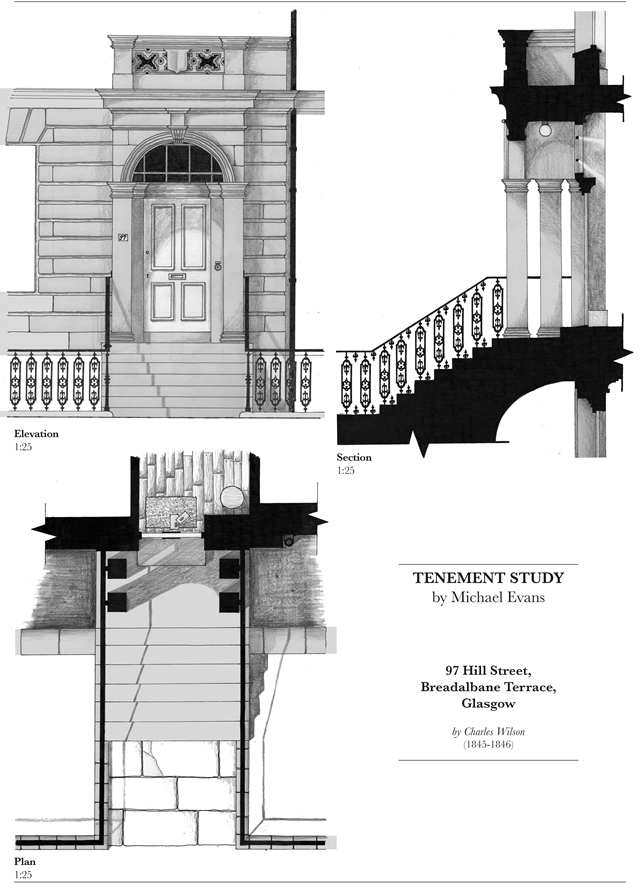 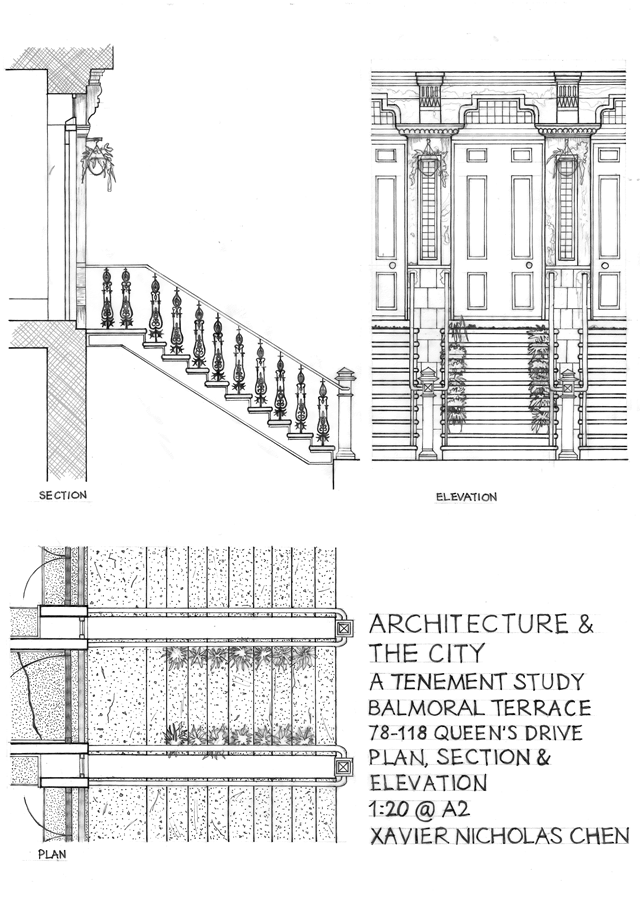 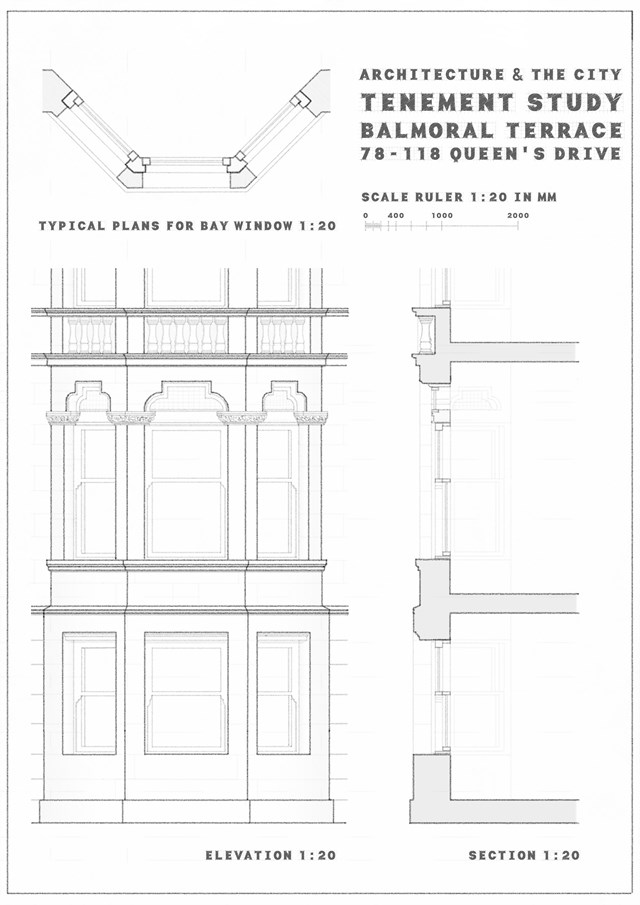 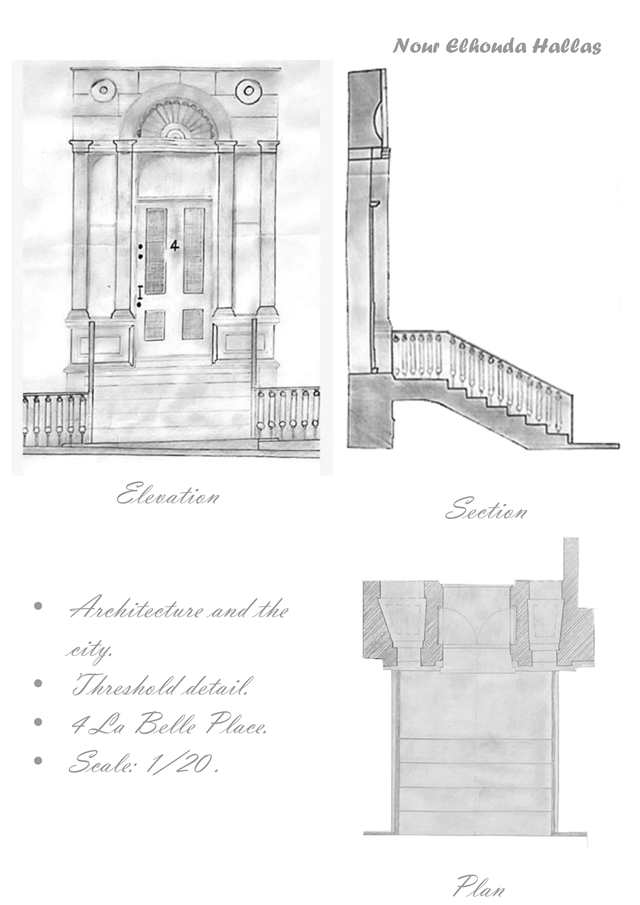 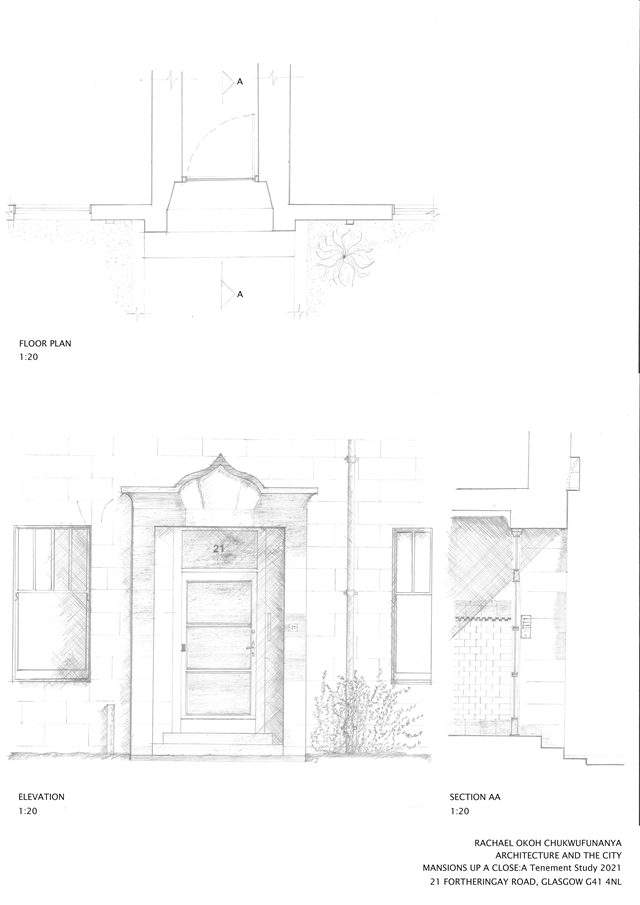 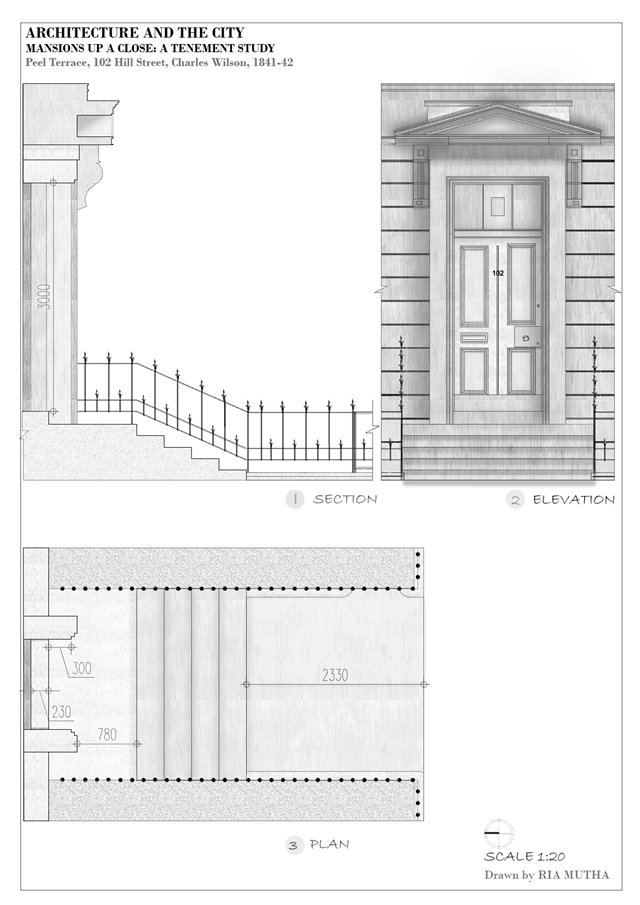 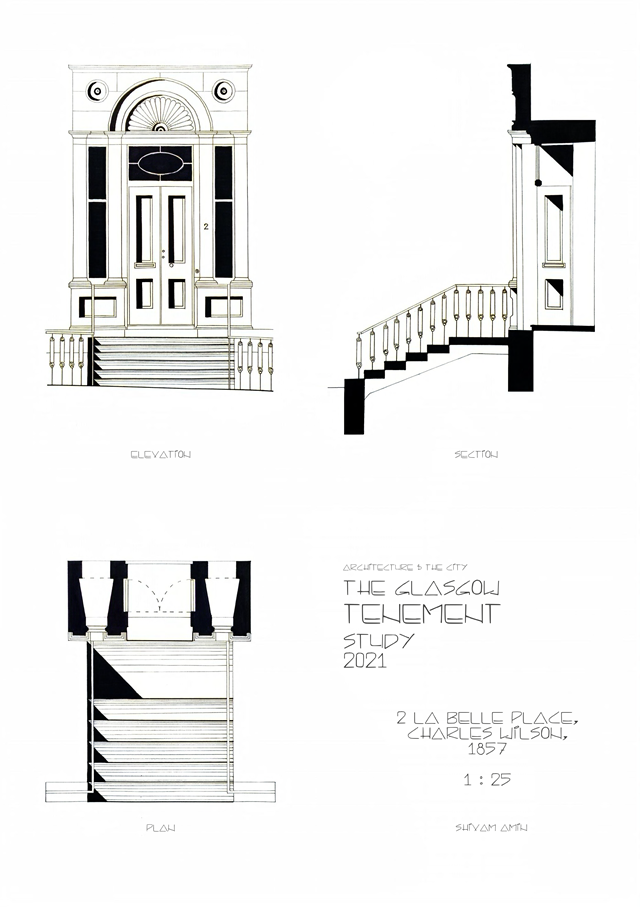 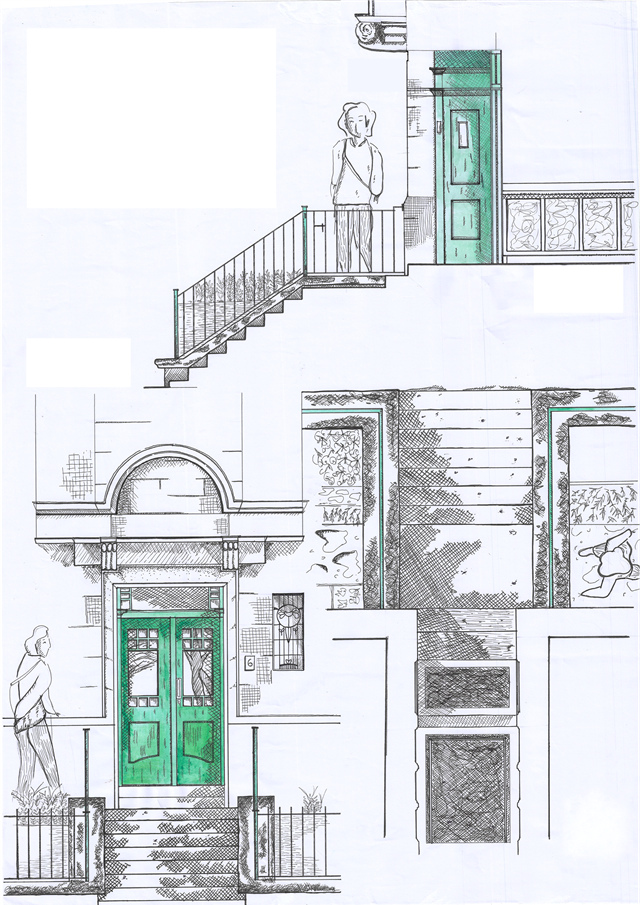 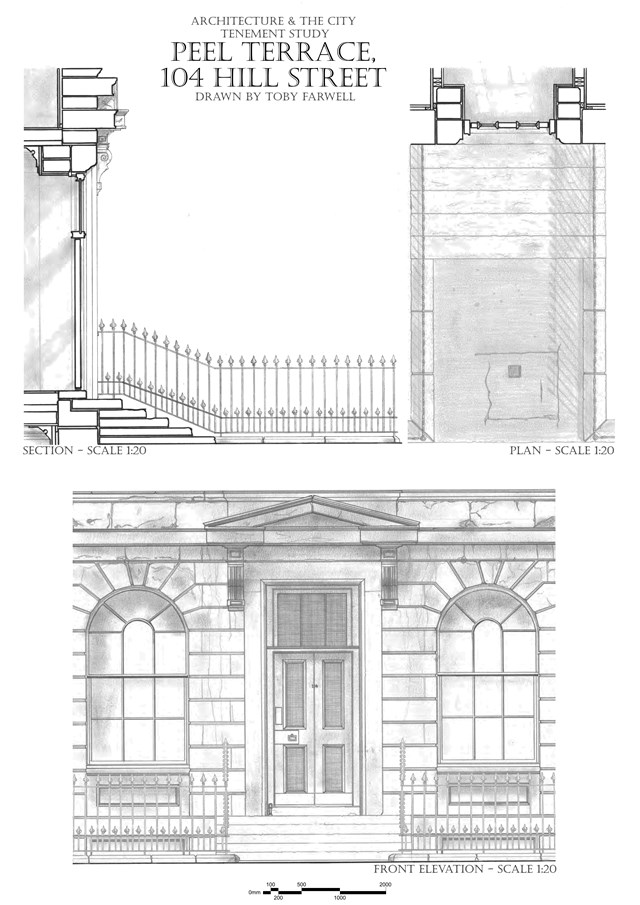 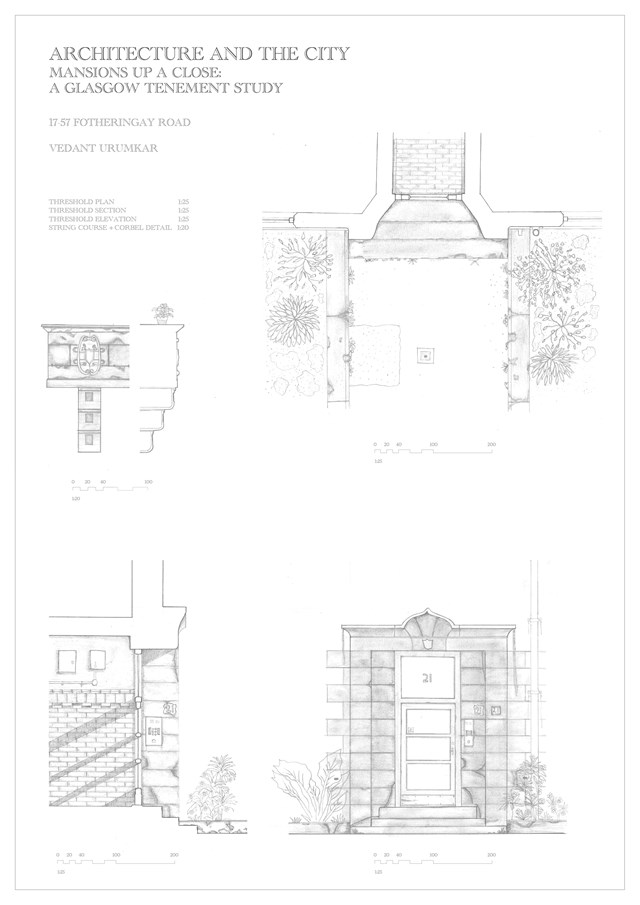 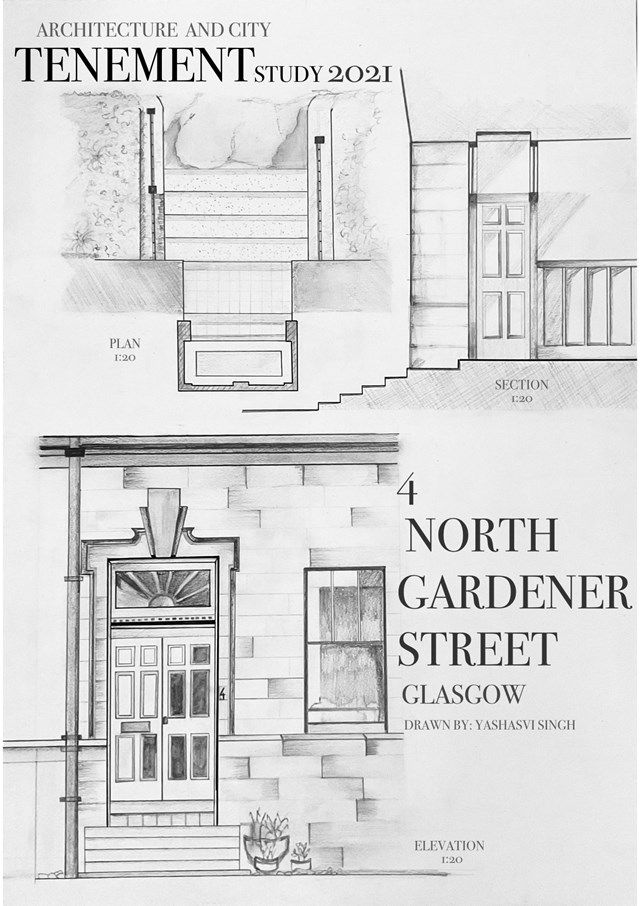