SELF & OTHERS; Towards Glasgow as an Inter-subjective Project

The modern society has abandoned the true essence of our existence, belonging and identities are shattered and misplaced by a false sense of freedom. Conflicts are on the rise and with it, many divisions are created in our communities. Sectarianism, class-ism, religious and other forms of divisions have long been existing in the city of Glasgow in particular, but also around the globe, shared by the history of our human conflict. This project is, therefore, an attempt at addressing these issues, if not directly solving them, in addition to the divisions we all carry within, such as conflicting identity, fear of change and isolation.

This Project is an attempt to explore the limits of architecture both by its form as an object and through its relationship to the subject “The self & Others”. In an architecture, that encourages curiosity and imposes a sense of journey, where different functions are introduced as part of a self-healing process which serves both the self and the other by acknowledging, understanding the exiting tensions in the city of Glasgow. A similar attempt in its ambition to the Corbusian notions of 'walk-through' architecture and modern form which he demonstrated in his League of Nation's intervention.

In its formation, this project has drawn its guidance by using non-observable tensions whose reality exist within the self and among the others. Those emotional tensions are projected into the physical reality and translated into critical architecture which aims at joining form and culture. An Architecture that stands in resistance to the forces which have long been imposed on us and are creating tensions that are shaping who we are today. 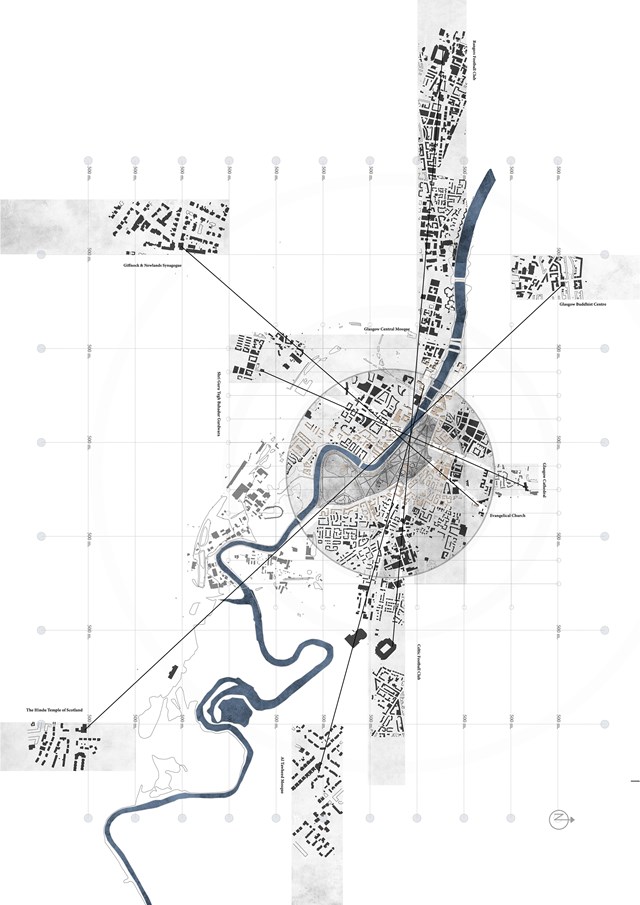 Self and Others image by Mohannad Khalaf

Self and Others image by Mohannad Khalaf 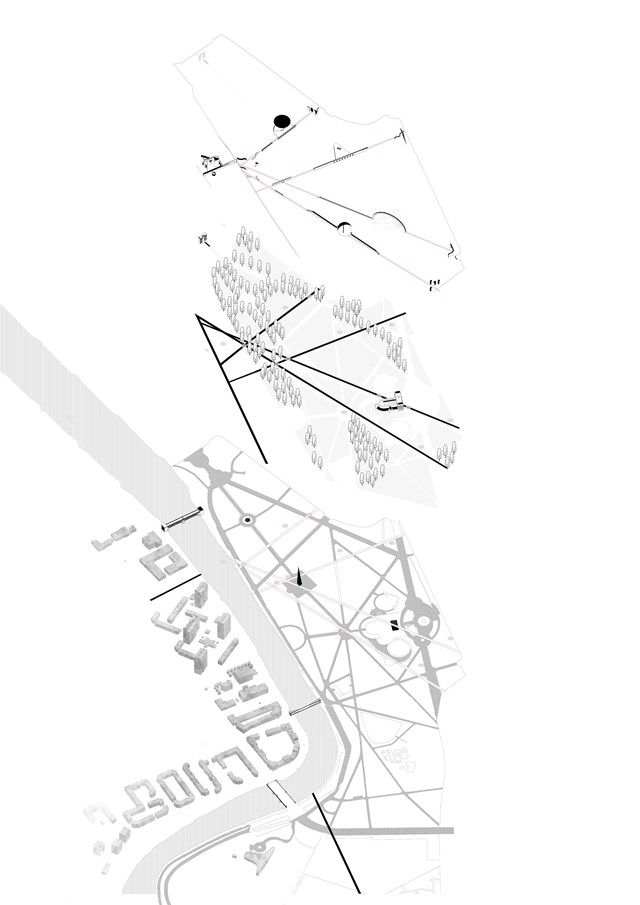 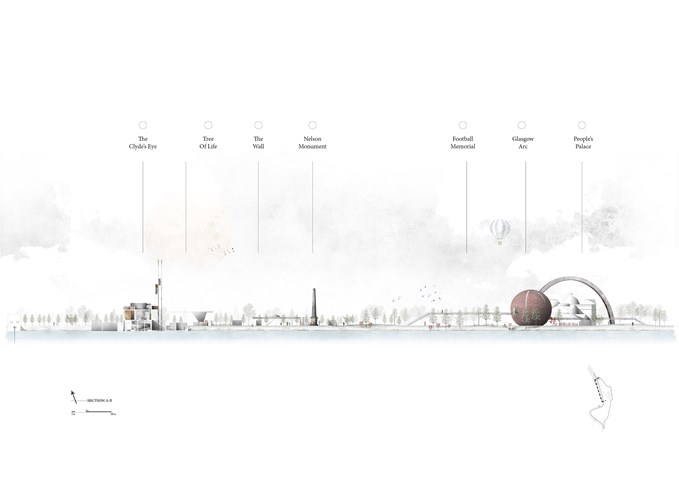 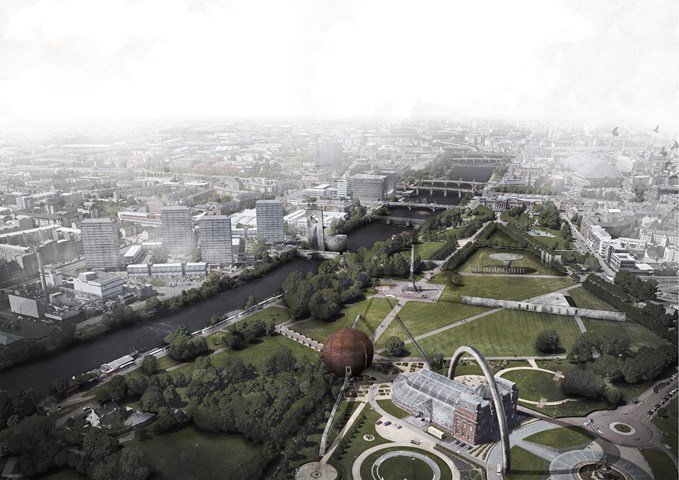 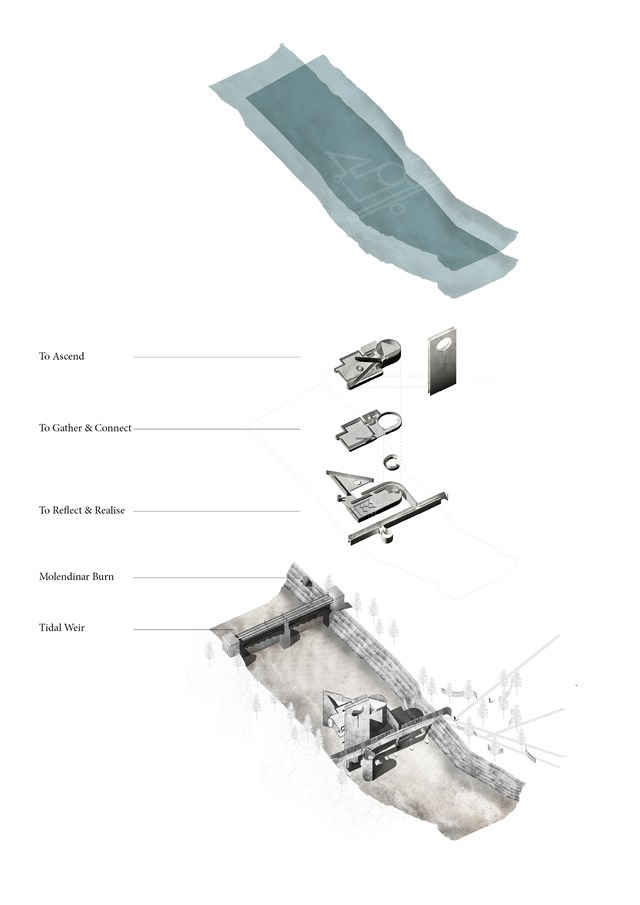 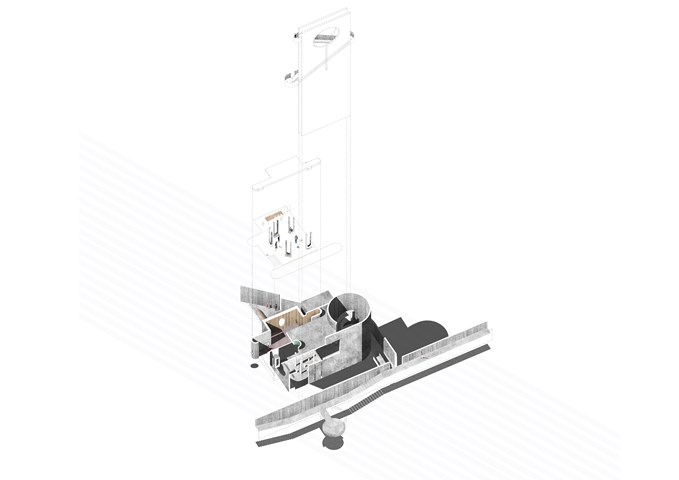 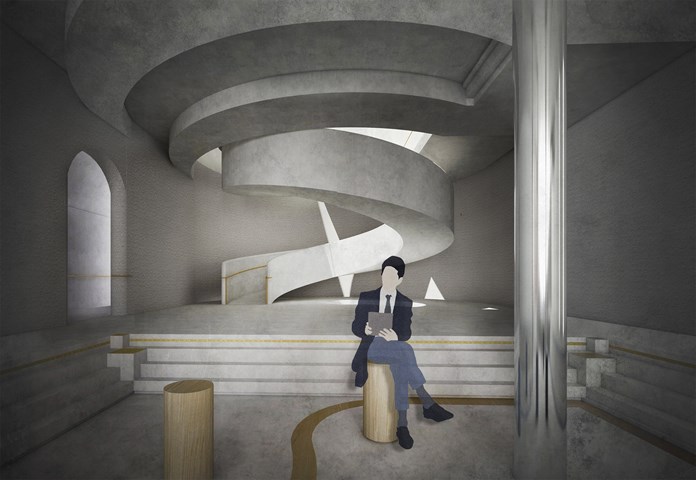 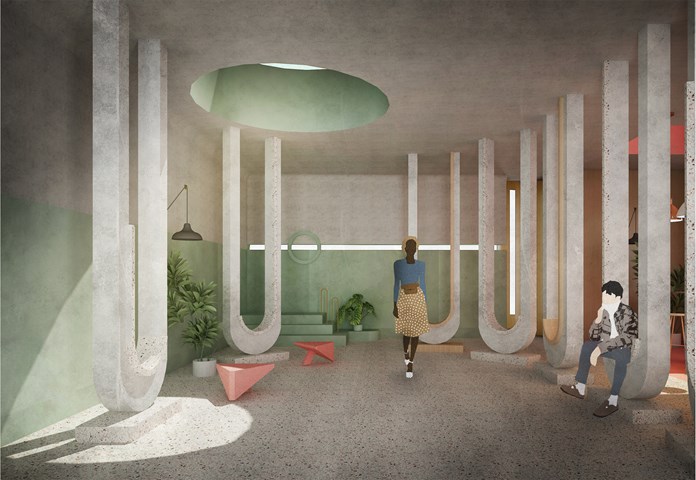 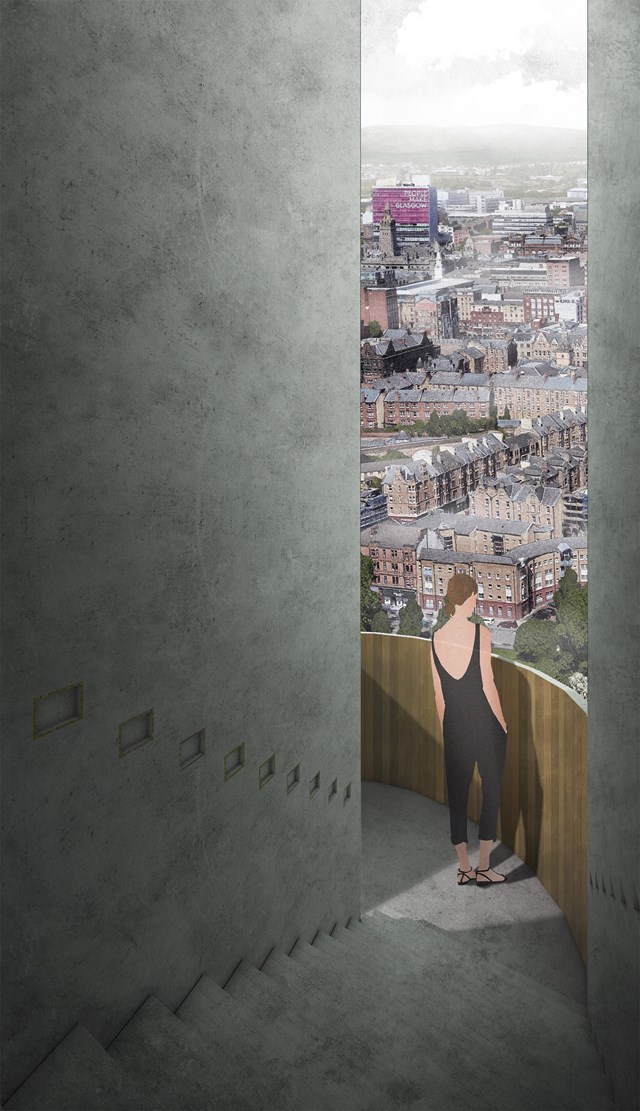 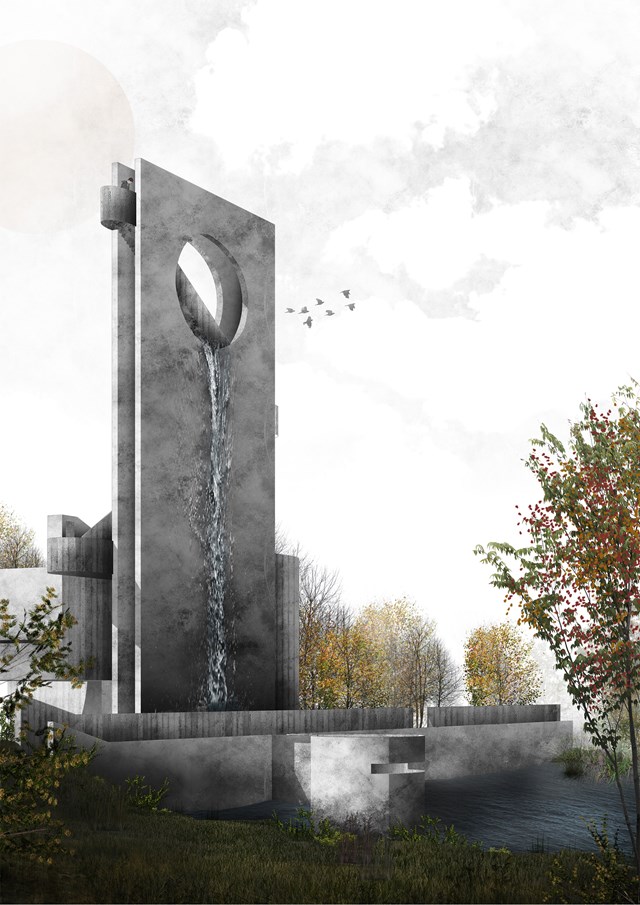